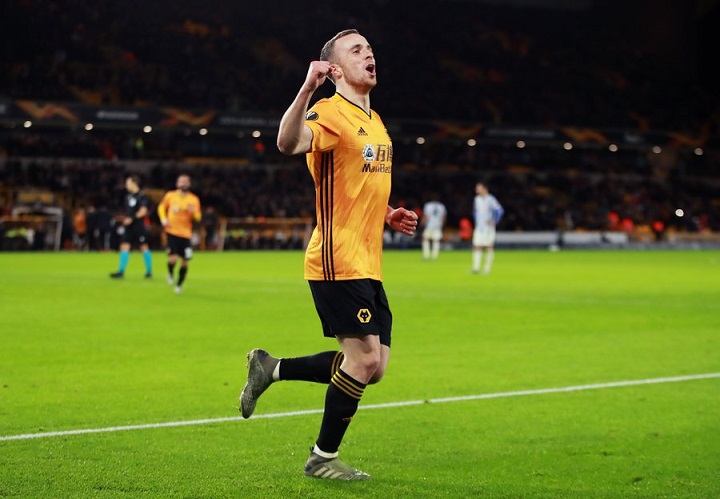 Arsenal and Manchester United progressed to the knockout stages of the UEFA Europa League as group winners after Thursday’s final round of fixtures.

The Gunners came from behind to draw 2-2 against Standard Liege and top Group F ahead of Eintracht Frankfurt, while Ole Gunnar Solskjaer’s side beat AZ Alkmaar 4-0 and take first place in Group L. Fellow Premier League club Wolverhampton Wanderers are also through after a 4-0 win over Besiktas that sees them progress as runners-up behind Sporting Braga.

Here is a look at Thursday’s results and the qualified teams:

Arsenal and Manchester United both went through as group winners thanks to some important contributions from their starlets.

Bukayo Saka made his fourth Europa League start of the season for Arsenal and emerged as the Gunners’ saviour in their 2-2 draw against Standard Liege. Two deflected goals had put the Gunners on the brink of defeat and on course for second spot in the group until Saka popped up with an assist and a goal to rescue a draw. The 18-year-old provided a pinpoint cross from the left for Alexandre Lacazette to head home to make it 2-1 with his sixth assist of the season. Saka then went one better with a superb goal to make it 2-2. The teenager swapped passes with substitute Gabriel Martinelli on the edge of the penalty area and whipped a shot past goalkeeper Arnaud Bodart.

Meanwhile, Mason Greenwood won a penalty and scored twice to help the Red Devils cruise past AZ at Old Trafford. The 18-year-old struck a low left-footed shot into the corner to make it 2-0 and was then bundled over by Jordy Clasie in the penalty area, allowing Juan Mata to put the Red Devils 3-0 up from the penalty spot. Greenwood added United’s fourth with another well-taken goal to take his tally to the season to six: It was a good night for both youngsters who have shown exactly what they have to offer and will be hoping for more first-team opportunities as the season progresses.

Arsenal did not have it all their own way on Thursday, and two deflected strikes threatened to hand the visitors a second Europa League defeat of the season until Saka intervened.

Samuel Bastien and Selim Amallah both scored to give Standard Liege a 2-0 lead and ensure Arsenal have now gone 13 games without a clean sheet in all competitions:

Konstantinos Mavropanos was handed his first start of the season but produced a clumsy, error-strewn performance in a back three alongside Sokratis and David Luiz. Meanwhile, Emiliano Martinez came in for Bernd Leno in goal but looked nervy throughout on a tricky pitch and hardly transmitted confidence to his shaky backline. Arsenal managed to rescue the draw thanks to their quality in attack, but their Europa League campaign will not end in success unless they can tighten up at the back.

Wolves forward Diogo Jota started Thursday’s match against Besiktas on the bench but arrived after 56 minutes as a substitute for Ruben Neves and took little time stealing the headlines.The 23-year-old headed home his first within moments of coming on,tapped home his second from close range minutes later and then completed his hat-trick with a powerful header. Opta noted how it’s the fastest hat-trick in the Europa League since 2014: Jota’s three goals helped Wolves to an impressive 4-0 win that confirms their place in the knockout stages, although it was not quite good enough for top spot. Sporting Braga’s 4-2 win over Slovan Bratislava in the groups other game sees the Portuguese side finish a point ahead of the Premier League side and should earn them a more favourable draw.

Anthony Martial was named in a strong Manchester United starting XI but was completely outshone by 18-year-old Greenwood in the Red Devils’ attack. The French forward ought to have got his name on the scoresheet when the teenager set him up with a golden opportunity in front of goal, but Martial somehow managed to blaze over the ball from close range. Squawka’s Muhammed Butt was not impressed with the 24-year-old’s display:

In contrast, Greenwood enjoyed a superb game and enhanced his growing reputation with a performance full of energy, movement and some clinical finishing. Greenwood’s goals mean he has now scored as many as Martial this season: The teenager has impressed when he has been handed minutes this season and is increasing the competition for places in the United attack alongside top scorer Marcus Rashford.