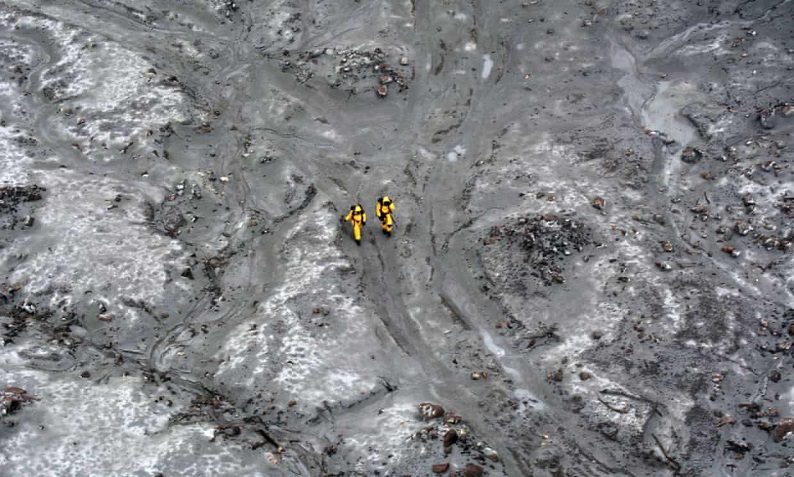 The search continues for the remaining two bodies

It was believed at least one of the bodies, and possibly both, were in the water surrounding the island. A dive squad was poised to begin a search this afternoon. A specialised rescue team, thought to include SAS soldiers, was forced to abandon the recovery of one body today due to adverse weather conditions but will resume early Saturday morning. A total of eight bodies were believed to be on the island, Police Commissioner Mike Bush told media: “It’s not over yet”.

Earlier, police confirmed at 10.30am (NZ local time) that six of the bodies recovered so far would be transported by helicopter to the Navy ship HMNZS Wellington, which is anchored off the island. They will then be taken to Auckland Hospital to undergo post mortems.

Twenty-eight passengers, including some family members of those remaining on the island and four crew members, gathered for karakia (prayer) on the wharf before heading out just at 4.30am this morning.As the group made their way out towards the island, the NZ Police launch ‘Deodar’ acknowledged family members by flashing their lights, before escorting them towards the island.Once positioned, at a safe distance off the coast of Whakaari, further karakia were offered and family members were given an opportunity to say a few words.  After some quiet reflection time together, the group made its way back.

GNC science reports: “the level of volcanic tremor has declined but remains elevated at Whakaari/White Island. No further eruptions have occurred since Monday December 9. Since this morning volcanic tremor has continued to decline but remains at a high level compared to before the eruption. The combined interpretation of all our data is still that magma is degassing at shallow depths and the situation remains highly volatile. We are conducting an overflight this afternoon to make further observations and temperature measurements of the vent area to help us refine our interpretations of the activity”.