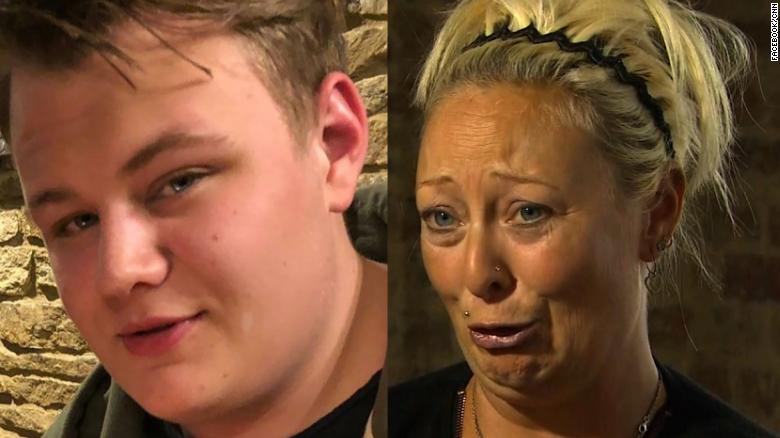 THE American woman suspected of killing teenager Harry Dunn has been caught on television driving for the first time since she returned to the US.

Harry Dunn’s mother said she is “completely distraught” after the woman involved in the crash that killed her beloved son was filmed back behind the wheel.

Harry, 19, died after his motorbike was involved in a head-on collision with a car outside RAF Croughton in Northamptonshire, England, on August 27. Anne Sacoolas, 42, the wife of a US technical intelligence officer, claimed diplomatic immunity and was able to return to America and escape an arrest.

She has since refused to answer questions, with ITV News pressing her for a response as she reversed out of her driveway before pulling away.

Harry’s mother, Charlotte Charles, said she was left in tears after viewing the footage and told the broadcaster of her devastation about being taken for a fool. Ms Charles said Mrs Sacoolas is clearly just going about her normal day as if nothing had ever happened.

Harry’s mother, father and stepfather are currently in the US to press for Mrs Sacoolas’ extradition. After the footage came to light, the family said her demeanour shows she has no intention of coming back voluntarily to the UK to face justice, but they will continue to fight for Harry.

The Crown Prosecution Service was handed a completed file of evidence on November 1 after Northamptonshire Police interviewed Mrs Sacoolas in the US, where Chief Crown Prosecutor Janine Smith promised to meet with Harry’s family after a decision had been made. However, the family have spoken of their frustration in the length of time it is has taken and state that they may turn to a private prosecution. In a statement to the press, the family said:

“I once again now call on the CPS to do what they should have done weeks ago, which is to charge her with causing death by dangerous driving and to have her extradited without any further delay.

“There is no legal basis for her to avoid justice, and frankly, morally as well, everyone around the world now knows what needs to happen. The very rule of law, and the need to uphold and it being seen to do so, is at stake.”