Stop the world – I want to get off 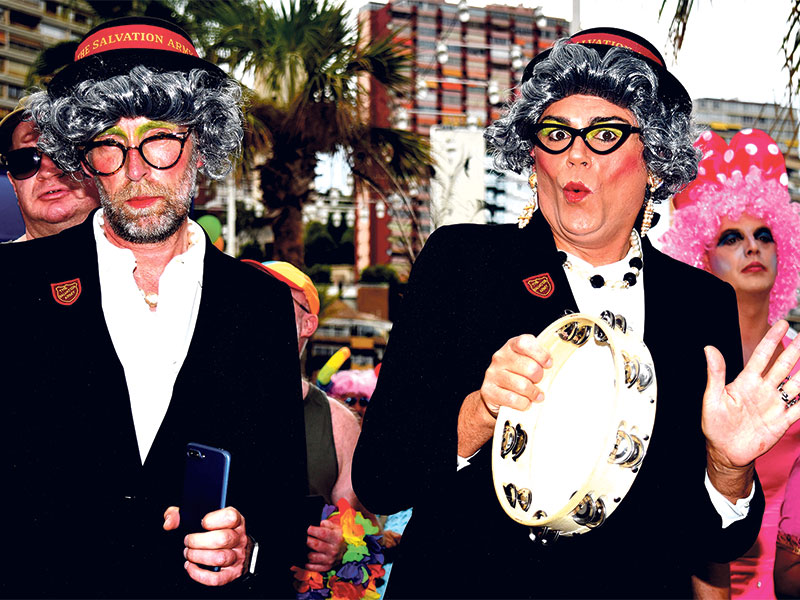 THE title of that 1961 West End musical has been used to express frustration and disbelief countless times by folk reacting to events that are so mind-blowingly idiotic that they are enough to induce a feeling that the earth is being spun on its axis by fools and fanatics.

I have used it frequently. And I did so again when I read with mounting incredulity of a war of words that’s erupted in America over a fast-food chain called Chick-Fil-A.

First, a bit of background. Chick-Fil-A was started in 1946 by a fundamentalist Christian called S Truett Cathy. It became so successful that it launched a charity that gave bucket-loads of cash to organisations actively campaigning against gays and same-sex marriage.

One of those organisations was the Salvation Army.

The result was that LGBT communities across America began boycotting what they called ‘Jesus Chicken’ outlets, and its premises were frequently picketed by gay protesters and their heterosexual supporters.

Then in mid-November Chick-Fil-A, sick to the back teeth of all the negative publicity it was attracting, announced it would no longer be giving money to homophobic and transphobic groups – including the ‘Sally Army.’ This sent a frisson of horror down the spines of True Believers.

Things then took a really bizarre turn when leading US evangelist Franklin Graham, demanding to know what the hell was going on, called Chick-Fil-A’s CEO, Dan Cathy, and got an assurance that the food chain ‘remains committed to its Christian values.’

That, said Mat Staver, head of a far right-wing organisation called Liberty Counsel, was a lie. He bellowed: ‘While Dan Cathy may say the company has the same values, the company’s statements and actions tell a different story. Franklin, you have done a huge disservice by not doing more investigation into Chick-Fil-A’s betrayal and capitulation to the LGBT agenda.’

Others then piled in, claiming that the company had abandoned its religious ethos. Commentators even suggested that Christians ought now to boycott the company.

I spent a lot of time trying to get to the truth of the matter and discovered that one of Staver’s accusations against Chick-Fil-A – that it had already given money to Covenant House, an organisation he thoroughly disapproves of – was indeed true.

But what Stavers said about the international charity was a blatant lie. He described it as ‘a radical LGBTQ activist organisation that celebrates homosexuality, transgenderism, and the entire LGBTQ agenda.’

Covenant House is, in fact, a CATHOLIC organisation that does amazingly good work among the homeless. To accuse it of being an LGBT activist organisation is as stupid as branding all Muslims terrorists.

Sure, Covenant House does support homeless gay and transgender people. It makes no secret of the fact, saying that ‘while Covenant House is not an LGBTQ organisation, any institution serving homeless young adults is aware that anywhere from 20 to 40 per cent of their clients are LGBTQ.’

And why are so many young LGBT people homeless? Because they are generally evicted from their homes by families who fall for the hateful rhetoric spewed out by outfits such as Liberty Counsel.

I stopped supporting the Salvation Army back in the 1970s. Shame it took Chick-Fil-A so long to do the same.