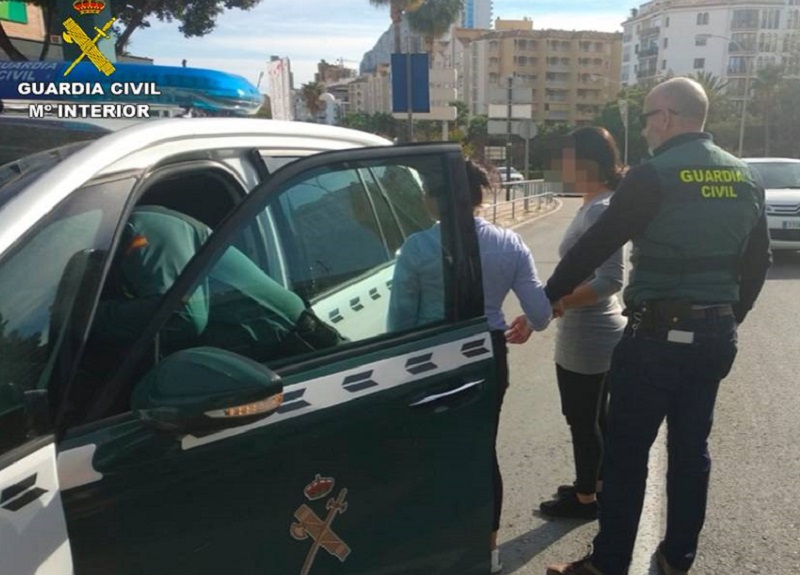 FOUR so-called ‘hugging’ muggers preying on ex-pats along the Costa Blanca have been arrested.
Guardia Civil detained a Romanian brother and sister in Calpe last week who were wanted by courts in Alicante, Valencia, Benidorm and Vera in Almeria for numerous robberies.
The 26-year old man and the 33-year old woman are believed to have moved around Spain, focusing on coastal towns and tourist destinations. Their victims were predominantly senior citizens, the vulnerable and people with reduced mobility, many of them foreigners.
A typical strategy was for the sister to approach men and make suggestive propositions, and while she was embracing them pocket the jewellery and watches they were wearing.
They particularly went after Rolex watches. They would resort to violence to get what they wanted if necessary.
The pair, who have lived in Spain for more than a decade, have been linked to more than 90 crimes, the Guardia reported.
The two appeared at court in Denia, which ordered they be released with charges ahead of their trial, with precautionary measures.
Guardia Civil arrested two other young Romanians in Calpe for the same kind of crime in November. The 19- and the 23-year have been linked to seven muggings and three violent robberies.
Among the pieces stolen were three watches, two valued at €10,000 and one at €25,000, as well as necklaces, bracelets and other items of gold jewellery worth more than €5,000.
A number of the mugging victims suffered minor injuries and bruising in struggles with the thieves.
Courts in Girona, Malaga, Alicante, Valencia and Castellon were after the duo.
Again, a court in Denia ordered their release with charges until their trial.