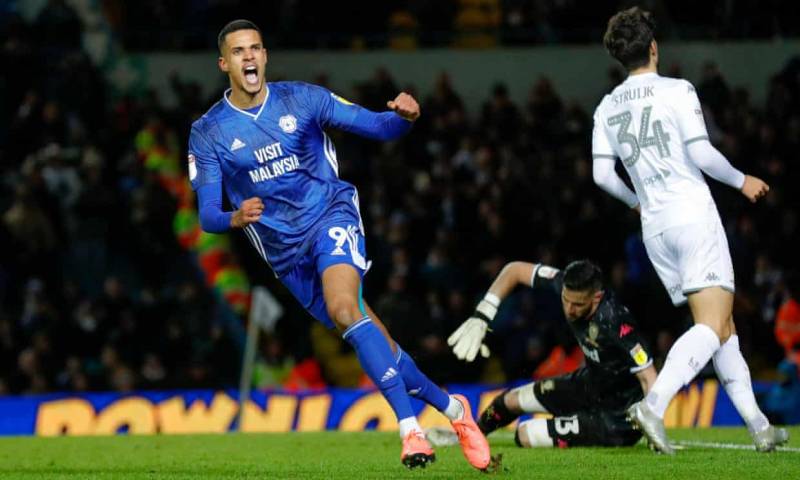 Leeds blew a three-goal lead yesterday and the chance to go back to the top of the league above West Brom, who had won earlier in the day at Birmingham, as they were held to a draw by Cardiff after a tremendous comeback by the Welsh Club.

Cardiff had been cited yesterday by Leeds Fan David Carter from Benalmadena as an inferior club not in Leeds class but the battling Bluebirds made him eat his words after Carter had predicted a 3/4 nil victory for his beloved Leeds Utd, he was nearly correct until the Bluebirds showed their grit and steel under new manager Neil Harris who must have read the riot act at half time.

Leeds had taken a total grip on the game as Costa and  Bamford scored within the first eight minutes.

Leeds were in cruise mode when Bamford converted a penalty that he had won seven minutes into the second half with Lee Tomlin pulling a goal back after 60 minutes but Leeds  looked odds on as they had quite literally out played Cardiff City to that point.

The drama then unfolded as Sean Morrison pulled another goal back with just  eight minutes left on the clock of normal time.

Morrison foolishly got himself sent off for violent conduct just four minutes later.

The 10 men of Cardiff battled on and shrugged off this setback and hit the net through their German striker Robert Glatzel with just two minutes to go.

We the Euro Weekly News caught up with David Carter at the final whistle he said:

” We were cruising – could have at least been 6 up but we were robbed by the ref, we had penalties constantly turned down that should have been awarded”

” I’m really not sure how we let them back in the game my prediction was bang on at one stage but we fell asleep at the wheel, for some reason Cardiff have some luck against us all the time and they were very luck today indeed” said Carter.

” The officials were atrocious the only thing they got right all game was our penalty and the sending off” he went on to say.

” We will recover for sure from this – it’s a long season-as for Cardiff I see they are still below Swansea” he ended with as he trudged out the bar with a scowling face in his Leeds shirt.

A bad day at the office for Leeds fans on the Costa del Sol coast after blowing such a good lead.