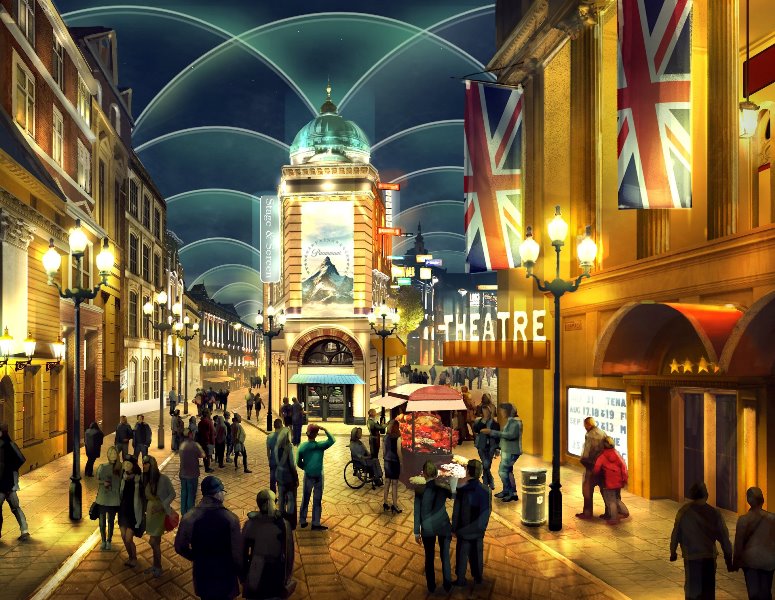 London as envisaged by the resort Credit: London Resort

FOR those who were worried that Britain would change following Brexit and feared that the USA would step into the NHS Service, there is no need to worry as the London Resort, the brainchild of Paramount Pictures with financing through Middle Eastern money is due to open in 2024.

This theme park which will be built over more than 535 acres in Kent and remembers the once great history of the United Kingdom will be finished just as Boris Johnson is due to consider whether to stand for re-election.

Depending on how things go over the next five years, it will be very relevant to both remainers and leavers as it will either stand as a glowing beacon to the new strong Britain or will be a place to wander through to remember the past.

It will have a high street full of shops (which many towns no longer can boast) and it might even have a tribute to the NHS, as it was a major achievement bringing free medical attention to an entire country.

There will be a whole range of different historic areas with themed rides supplied by Paramount Pictures as well as other areas supported by the BBC and ITV hoping to take advantage of the potential licencing income that could be generated.

It doesn’t just look backwards but will also have a future section which the company promises to be exciting and will leave visitors “mesmerised at things that should be impossible but are not.”

Just five years to wait until we can all see the Shape of Things to Come.