Sports Uk:Premiership results for Sunday from the Euro weekly News 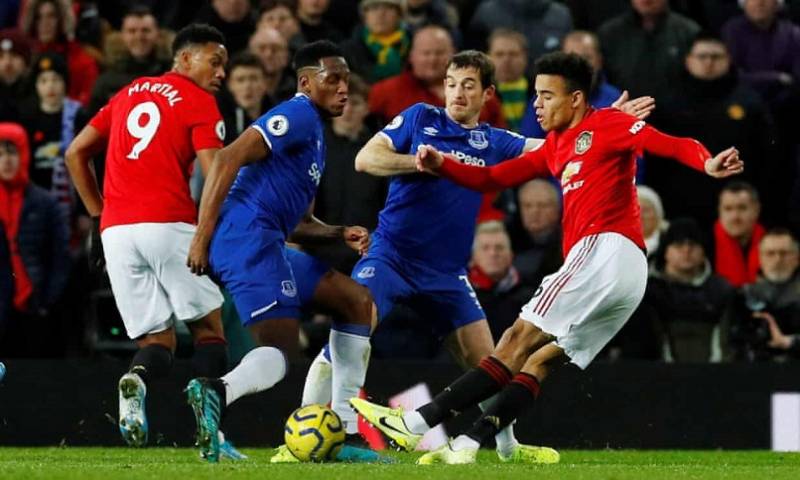 Scores and Comments from this Sundays Matches

Manchester United’s attempt to claim a third consecutive Premier League win for the first time since January foundered on a lack of ruthlessness in front of goal. Everton played with great tenacity and character, taking the lead courtesy of a Victor Lindelof own-goal (37) but United always carried a threat and substitute Greenwood skilfully drilled one home from the edge of the box to level it home (77). Mason Greenwood came off the bench to rescue a point for Manchester United as Everton’s improvement under Duncan Ferguson continued in a 1-1 draw.

The draw means that, after the team’s final league game before the year anniversary of Solskjær’s appointment as interim manager, united have one less point than the 26 accrued by his predecessor José Mourinho after the same number – 17 – of games. Yet United are four points closer to Chelsea in fourth place than the 13 they were adrift of a Champions League berth under the Portuguese.

Tottenham manager Jose Mourinho said his side had won an “incredible three points” against a Wolves team he believes can challenge for the Champions League places. Jan Vertonghen scored a dramatic late winner as Spurs ended Wolves’ 11-match unbeaten Premier League run to narrow the gap on the top four with victory at Molineux. Vertonghen headed in from a corner in injury time, after Wolves’ relentless approach had been rewarded as Adama Traore thumped in a deserved equaliser from the edge of the box midway through the second half. On Wolves, Mourinho said: “My feeling is they are fighting for more than they said. They are not just there for the top six. They can do more. They are a fantastic team. This is a big victory.

Manchester City pushed Arsenal deeper into crisis as they won with embarrassing ease at Emirates Stadium. Kevin de Bruyne produced a first-half masterclass as Pep Guardiola’s side cruised into a three-goal lead by the interval with two superb strikes, either side of a perfect pass that laid on City’s second for Raheem Sterling’s simple finish.It was a harrowing experience for Arsenal caretaker manager Freddie Ljungberg, who was a powerless low-key presence, his minimal impact since succeeding the sacked Unai Emery reflected in a record of one win from his five matches in interim charge.

Arsenal’s lack of inspiration in an Emirates Stadium devoid of life and atmosphere will surely only increase the urgent need to appoint a full-time manager – although at this stage it is still unclear which direction the Gunners hierarchy intends to go. City, meanwhile, remain 14 points behind leaders Liverpool after this win, which was a classic reminder of the quality the reigning Premier League champions possess.

This was as grim as it gets for Arsenal and Ljungberg, a caretaker manager who has not been able to coax an ounce extra out of the squad he inherited after Emery was shown the door. First things first – this is not all the Swede’s fault, as this was a rot that set in long before Emery’s dismissal, although Ljungberg had a close-up view as a member of his backroom staff.

What has been disturbing, however, is Ljungberg’s lack of impact on Arsenal, exemplified by the manner in which they were treated almost with contempt by Manchester City. This result leaves the Gunners stuck between the top four and the relegation zone, seven points away from both, and the thousands of empty seats and a game concluded in resigned silence from the home support spoke volumes.