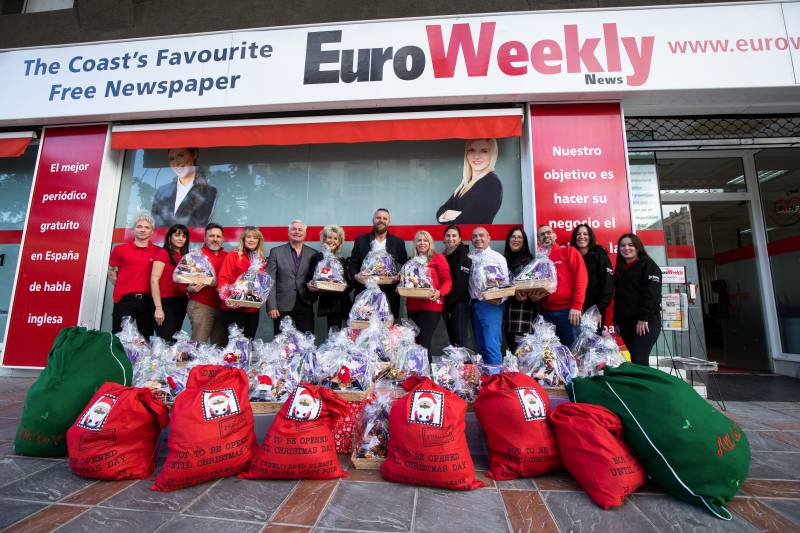 The team at Euro Weekly News with presents for children at the Ciudad de los Niños orphanage in Malaga.

AS the Christmas spirit begins to envelop us all, stockings fill up and twinkling lights gleam, Euro Weekly News visited the lovely children at Ciudad de los Niños orphanage in Malaga. The children greeted us with smiles and warm hugs as we arrived bearing gifts and a sprinkling of Christmas cheer, in what was a deeply moving moment.

Back in October, our community came together for an amazing Halloween Party that raised over €10,000 for the children. So many businesses helped us pull off the most Spooktastic event of the year! A special thanks to the Captain and members from Santa Maria Golf for their last-minute donation!

The money we generously raised together was to give children at Ciudad de los Niños some needed extra comforts as well a nice present to open on Christmas. With all the monies raised, the Euro Weekly team was hard at work to get the children’s presents ready. Like Santa’s Elves, we put together the most magical gifts that were sure to bring joy to those who need it most.

Baskets full of goodies including gloves, perfume and chocolate were prepared and adorned. Clothes and shoes were put in Christmas sacks, mattresses were ordered and delivered, gift vouchers for clothes were bought and presents were wrapped in festive paper. The EWN offices were suddenly transformed into Santa’s Grotto as the team prepared to put the presents under the children’s tree.

As Euro Weekly News arrived at the orphanage, with a van full of presents in tow, the children couldn’t contain their happiness. In a flurry of excitement, the presents were set up as the children gathered round. And suddenly, the vibrant colours of red and green, the crisp packages and sacks full of gifts, lit up the orphanage and brought festivity into its halls.

Nicki Burgess, Operations Director at Euro Weekly and Lola Espinosa, Coordinator at Ciudad de los Niños, spoke to the children who cheered and clapped when they saw the presents. Lola had to remind them that they would still have to wait till after their Christmas Eve dinner! Brother Juan Correa, who runs the centre, came forward and expressed his appreciation as he assured that the gifts would complete Christmas.

EWN was deeply moved by the children’s reaction and their sincere gratitude. They were incredibly well-mannered and received the gifts with immense appreciation. As the team chatted and took photos with the children, they couldn’t help but feel deeply moved by the emotional moment. Once the excitement died down and the presentation over, the children accompanied the team to the car, beaming as they waved goodbye.