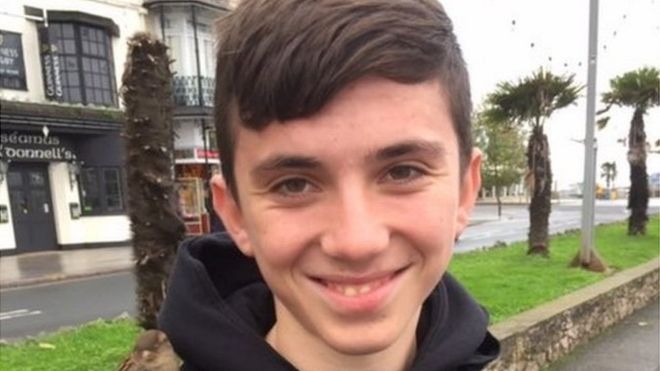 Samet: his petition has gone viral with almost 250,000 signatures.

A teenager facing deportation after being trafficked into the UK has gained support from more than 250,000 people.

Samet arrived in the UK aged 15 from Albania. But when he turned 18 in September the Home Office refused his right to stay in the country. His foster father John Stokes is now fighting a legal battle to keep him in the country and has set up a petition to get support from others. Samet said he was “overwhelmed” by the response to the petition. The Change.org petition is part of what Mr Stokes has called a “national campaign” for young people who have been trafficked. Within seven weeks it gained a quarter of a million signatures and the figure has been increasing since.

Samet, who is a Bristol City fan, said: “Instead of watching TV I was sat watching the signatures go up and up and I saw faith in humanity knowing there are so many good people supporting me.” Mr Stokes, who has been fostering for more than 30 years, said he saw Samet as a member of the family who was admired by his peers and teachers at SGS College in Filton.Mr Stokes said people in Samet’s situation became “invisible” after being told they could not stay in the UK.

“They can’t get a home, they can’t get a job, they can’t get married, they can’t get benefits,” he said.He appealed against the Home Office’s decision a322nd has been waiting for approval to submit a stronger case. The Home Office have said in a statement: “It would be inappropriate to comment whilst legal proceedings are ongoing.” A song titled I am a Soldier, by Stevie D Red, has been recorded in support of Samet and those like him, and was ranked at number two in the Amazon best sellers chart on 4 December. Mr Stokes said it was a sentiment to young people who were trafficked ”because they are soldiers fighting for survival”. Since the petition went live Mr Stokes said he had been contacted by other carers in similar situations.