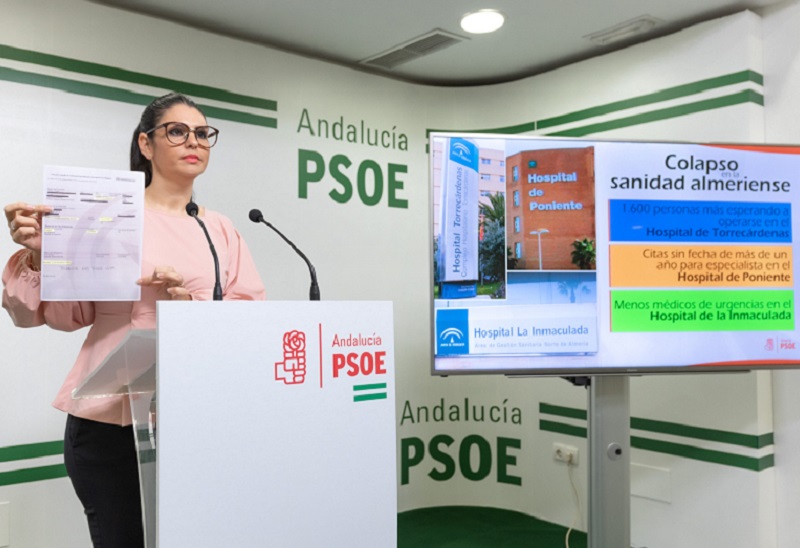 THE centre-left PSOE party has slammed the Junta de Andalucia’s management of the health service in Almeria and the whole region.
Speaking at a press conference earlier today Tuesday, PSOE Andalucia parliament member Noemi Cruz maintained the management and cuts made by the conservative Partido Popular and centrist Ciudadanos-run Andalucia government is “taking the health service to the limit.”
Cruz claimed that the autonomous community administration headed by Juan Manuel Moreno “has the dubious honour of having “shot up waiting lists in Almeria.”
Specifically, the PSOE politician said there are currently 1,600 more people waiting for surgery at the provincial capital’s Torrecardenas hospital than a year ago.
But, she added, “when we talk about chaos in the Almeria health service, we are not referring to something exclusive to Torrecardenas. Rather, wherever we look we see worrying statistics.”
Cruz also talked about what she described as the “unsustainable” situation in the accident and emergencies department of Huercal-Overa’s La Inmaculada hospital due to a loss of doctors.
She goes as far as to accuse PP and Ciudadanos of “having lied and continuing to lie about waiting lists”, and of failing to contract the health professionals they said they would.
According to Cruz the Junta is allowing the “collapse” of the health service, as well as the deterioration of public education, “to open the door and lay out the red carpet to private business.”