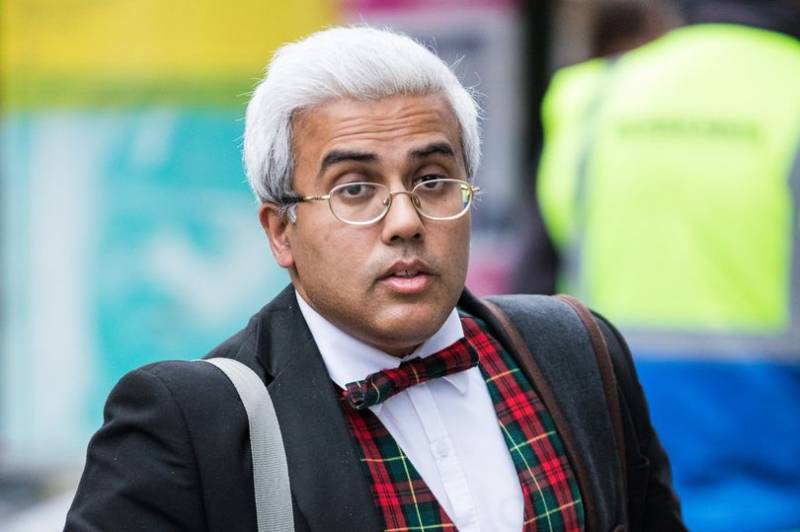 A WATCHDOG has revealed the callous actions of a paediatrician who lied to parents that their children had cancer to scare them into paying for expensive private care.

In addition to this, Dr Chowdhury avoided referring the children to the local NHS paediatric oncology department for further investigation by altering medical notes, warning parents of long waiting times and suggesting certain equipment was not available.

In one case, the paediatrician told a mother that her 2-year-old son could have blood cancer or lymphoma and suggested treatment in London, claiming that no hospital in Scotland could perform an echocardiogram on the child.

In a second case, he told the parents of a 15-month-old girl that she had a lump in her leg and that it was a soft tissue sarcoma, urging them to visit a doctor in London who could arrange for an an ultrasound scan, MRI and biopsy within days.

He had also told a mother of a teenage patient that she had neuroblastoma in her stomach which could spread if left untreated. Mercilessly, he then said that the woman should prepare for a talk that ‘all parents dread’ before adding, ‘we are going to talk about the C word’. He then encouraged the mother to take her daughter to London for expensive blood tests.

The Medical Practitioners Tribunal Service (MPTS) concluded on Tuesday, December 17, that Dr Chowdhury’s behaviour was dishonest and had created unwarranted concern to both the parents and children. They also revealed that his business had been operating at a loss and was under financial pressure. The doctor has denied that he attempted to heighten the concern of parents for his financial gain.

A panel will now decide whether his ability to practice as a doctor is impaired because of his misconduct. This could result in a possible sanction, which could include being struck off the medical register. Tribunal chair James Newton-Price said:

“The Tribunal has made findings that Dr Chowdhury failed to provide good clinical care to Patients A, B and C, including findings of fact that he diagnosed cancerous conditions without proper investigation and for which he recommended unnecessary and expensive testing in London.

“He tried to persuade Parents A, B and C to pay for unnecessary tests in relation to unwarranted cancerous diagnoses.

“The Tribunal is driven to the inescapable conclusion that Dr Chowdhury acted as it has found in order to increase the income or reduce the losses of his business and that all his actions were therefore financially motivated.”

Dr Chowdhury worked for the NHS in Forth Valley but the allegations relate to his private work between March 2017 and August 2017.