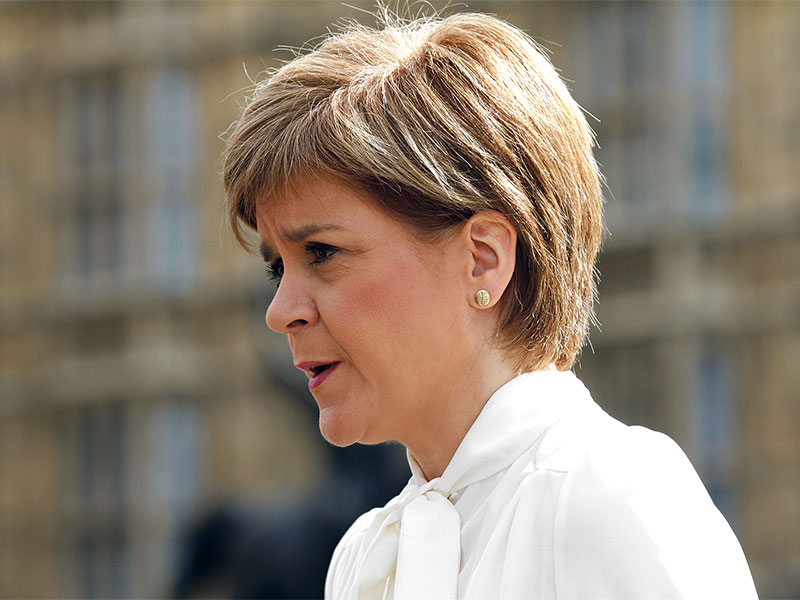 WELL, that’s that. At last we can finally enjoy a smidgen of respite from pontificating politicians promising untold rewards for plonking a mere kiss on a ballot paper.

We bid a relieved farewell to bristling bearded Marxists. Whirlwind ‘jolly hockey stick’ Girl Guide leaders and the green merchants of doom. But thankfully not to Boris.

Boris Johnson; who was actually beginning to sound rather like a cracked needle himself, didn’t insult or indeed underestimate the people’s intelligence and won a resounding victory for common sense.

Well, I wish everyone who resides in the UK all the luck in the world as they step up into their challenges of a bright new and exciting future. Let’s just hope the old British Bulldog spirit still survives somewhere among the diversified denizens that now make up the country.

A nation whose shores I departed from so long ago, but still holds a place very dear to the old boy’s timepiece.

Of course all this change won’t do anything to help me personally. It still depends on the sort of deal Boris has put forward. Worryingly, most, If not all of his deal proposals have been buried under the morass of ‘campaign trail’ endeavours and we really have little idea of what it, or the future holds.

We and thousands of other European expats are about to find ourselves aliens in countries that many of us have resided in for years. I am however, somewhat pacified by the fact that there are also vast numbers of Europeans living in the UK, so I truly do believe that, providing you tick all the right legal boxes, our pensions, health care and residential rights will be protected under fair and reciprocal measures between our countries. Just hope we don’t all finish up as ‘bargaining chips’ that’s all.

It’s Nicola Sturgeon who worries me. This awful woman and her extremely incompetent party, have only one ambition – to get rid of the English at all costs. Of course she hates Boris. Boris is the epitome of everything she seethes about. He also wants out of the EU. Something she truly cannot afford.

When the UK comes out of Europe and assuming a second referendum results in Scotland’s independence, she will then have to re-apply to join the EU.

The chances of being accepted are extremely thin. Even if Spain were to relent on their anticipated veto, she still needs to reach the financial criteria required for entry, which she can’t, and if the EU were to make an exception, they would demand austerity measures on a par with Greece! So where would that leave Scotland? Up the loch without a caber, that’s where. They’ll need their own currency, negotiated trade deals with the UK and Europe. A hard border and passports to visit Newcastle! No thanks.

I’m proud to be aligned with Scotland and love my Scottish mates. The Scots have actually managed to retain their heritage and culture far better than the English anyway! Please don’t let this bitter, bile spitting woman, make fools of you all.