TOP UK NEWS: Who Will Be The Next Labour Leader? 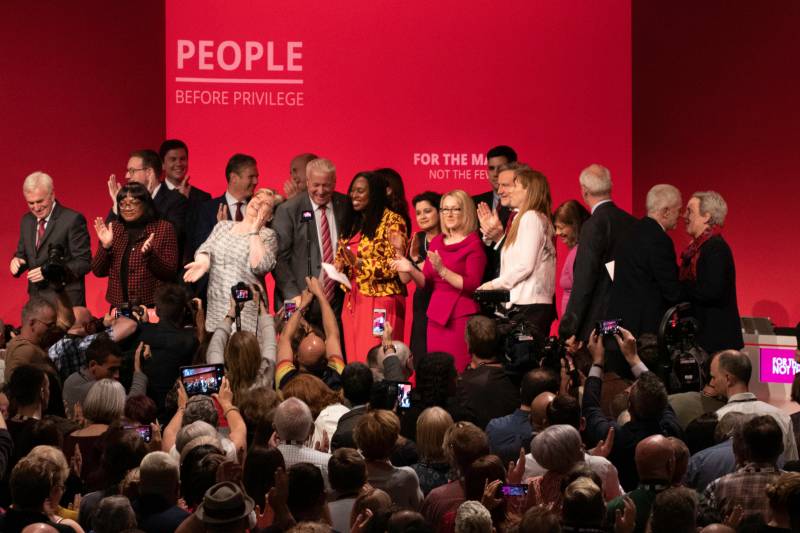 TOP UK NEWS: Who Will Be The Next Labour Leader? Credit: Shutterstock

THE LABOUR leadership contest is underway, but who will take over from Jeremy Corbyn?

The unofficial race is already underway before the official shortlist is selected, a race which could run until the end of March, at which point Corbyn will stand down.

A prolonged wait and unpopular with those who want to get on with rebuilding the party.

As Euro Weekly News Undertands, the current frontrunners to replace Corbyn are:

Starmer, currently the favourite to take over recently confirmed he was in the running. Starmer recently stated that he believes Labour can win the next general election if the party sticks to its values and avoids swaying to the right in a bid to win back voters.

Starmer, Labour’s Brexit spokesperson, has become one of the most visible figures in Corbyn’s top team however, he does not have a history on the hard-left and many believe he would drag the party back to the centre.

That said, the shadow Brexit secretary is seen as the only credible male candidate in the leadership race.

The shadow business secretary is loyal to the current leftist Labour leadership and thus aligned with the majority of party members.

Adding to her favour is the that she represents a northern constituency (Salford and Eccles), as well as the fact she would be the first female Labour leader.

The shadow foreign secretary is a Corbyn loyalist and has often filled in for Corbyn at PMQs. However, the fact that she comes from a similar north London constituency to Corbyn, together with her Remain stance could make it harder for her to connect with working-class voters.

The shadow education secretary is also being talked about as a possibility, thanks to her strong campaigning skills and life experience when she left school pregnant at the age of 16 without any qualifications. She describes herself as “soft left” She has led the charge against alleged sexism and bullying in the party.

According to The Guardian, allies of Rayner says she has not made a final decision on whether to run for leader or deputy leader.

The MP for Wigan, is emerging as one of the favourites for the party leadership, her pragmatic left-wing politics and engaging personality provide a winning combination to “woo back working class voters”, says the Daily Mirror.

Jess Phillips could be fundamental for moderates seeking to bring the party back from the edges of the political spectrum.

The Birmingham Yardley MP is a well-known voice for the Labour centrists.

Popular, high-profile, outspoken backbencher however she lacks support from the largely “left-wing party membership”, having been highly critical of Corbyn throughout his leadership as stated by i news.

The former cabinet minister and leadership contender has a wealth of experience in front-line British politics yet she is another Corbyn critic and her associated with New Labour together and her efforts to block a no deal Brexit could also cost her the role.

The former Army-officer-turned-politician is unlikely, however he stated, according to The Guardian that he wanted to play a “key role” in “helping rebuilding our party,” and in regards to running for the leadership, he said: “I wouldn’t rule it out”.