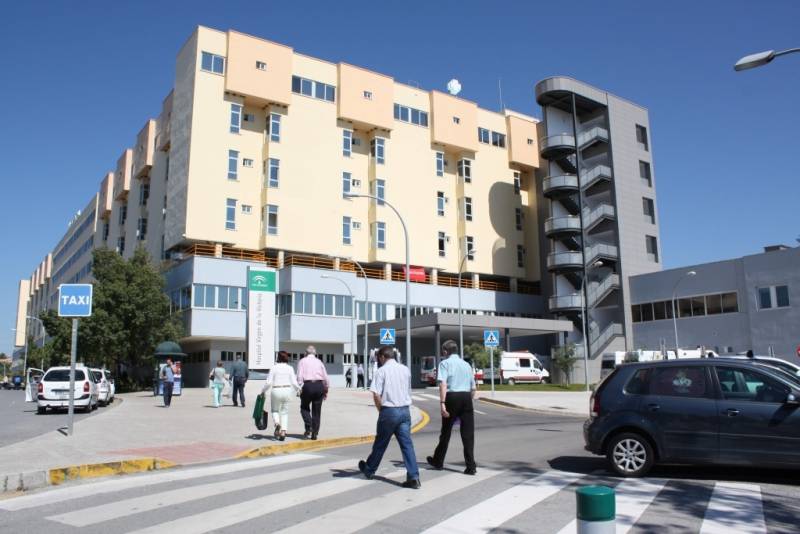 LAST weekend an English tourist, known only as Peter, was travelling through Andalucia in his motorhome with his beloved dog Luna as company. However, the traveler felt very unwell and headed for the Hospital Clínico in Malaga.

On arrival, he was immediately treated by the emergency door staff and was admitted to undergo several tests to find out what was happening.

Despite his obvious discomfort, the patient was very vocal about his concerns that Luna had been left alone in the vehicle, that she would need to be looked after, and that she had no relatives or acquaintances nearby who could help her.

To ease his worries the kind staff at the clinic agreed to visit the animal, take her out for a walk several times a day, feed her and give her water. As she is twelve years old and has allergies, her caregivers followed the same diet that her owner gives her, based on chicken rice they cooked themselves.

One of the volunteers said: “In the hospital, everyone has fallen in love with Luna because she is a sweetheart, she is super affectionate”. To reassure Peter while he was admitted, the volunteers recorded videos and took pictures with their phones on each visit. “The man was very worried, the dog is his life,” they added.

The tests determined that Peter had an inflamed gallbladder, so he was discharged three days later. As soon as he was able to get back on his feet, the traveller thanked the hospital staff who attended to him, but, above all, to his dog.