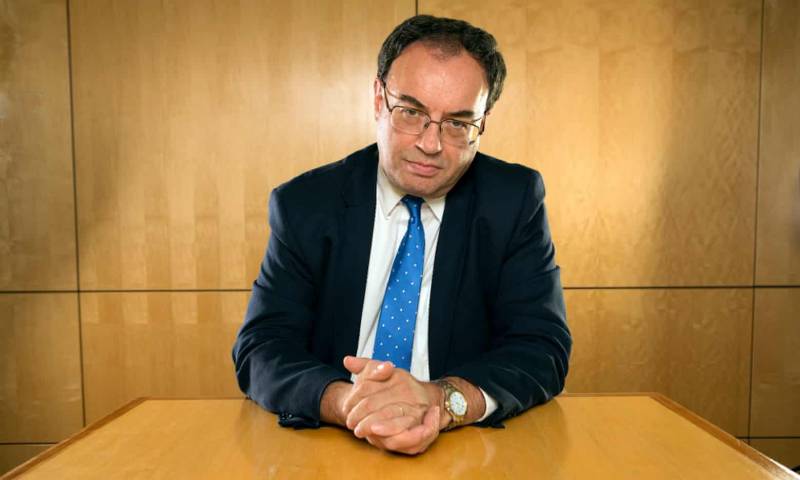 Bailey will replace incumbent Mark Carney on March 16th 2020 and become the central bank’s 121st governor, taking charge of the country’s financial stability. Javid described Bailey in a statement as “the stand-out candidate in a competitive field”, adding that “he is the right person to lead the Bank as we forge a new future outside the EU and level-up opportunity across the country”.

The incoming head — who will take the job just as the country is due to leave the European Union — said the appointment “at such a critical time for the nation” was a “tremendous honour”.

Bailey, 60, is believed to have beat several high-ranking candidates including Minouche Shafik, an economist who previously worked for the World Bank, the International Monetary Fund and the BoE. A long-term favourite, he nonetheless faced heavy criticism in recent months following a series of financial scandals including the collapse of financial firm London Capital & Finance with £237 million (€277.9 million) of mostly small-time investors’ money.

The Financial Conduct Authority, which Bailey helmed, was accused of being “asleep at the wheel”. Bailey later said that some of the criticism levelled at the watchdog was justified.

What does the governor do?

The Bank of England is an independent public body tasked with maintaining monetary and financial stability in the UK. To do so, it prints money, regulates UK banks and financial the system, and takes action to keep the cost of living — inflation — stable.

The governor also acts as Chairman of the important Monetary Policy Committee which sets the country’s official interest rate and decides which further measures to take in order to keep inflation close to a target set by the government. This may include quantitative easing — when the BoE buys government bonds to inject cash into the economy — and forward guidance — clear communication on where the economy is heading.

What’s next for Carney?

Carney, 54, was appointed governor in 2013, becoming the first non-Briton to lead the BoE since its establishment in 1694. Governors are appointed for an eight-year term, renewable once but Carney, announced as early as 2016 that he would not seek to lead the central bank for a second term. His current term was however extended seven months “to support a smooth exit from the European Union and provide vital stability”, Philip Hammond, the-then finance minister, revealed in September 2018.

Earlier this month, Carney was appointed as the United Nation’s Special Envoy for Climate Action and Finance. The role will focus on “shifting the financial system towards mobilising private finance to the levels needed to achieve the 1.5°C goal of the Paris Agreement”. As BoE’s governor, Carney had already focused extensively on climate change, producing research on climate risk and financial stability and introducing stress tests to assess the impact of climate-related risks on the UK financial markets.