Digging up the past in Fuengirola on the Costa del Sol 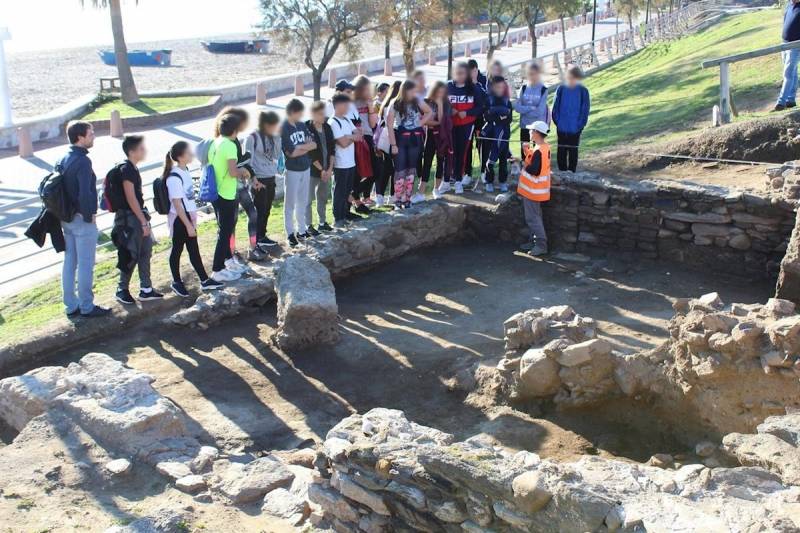 THE archaeological project of the Roman City of Suel, in Fuengirola in Spain’s Costa del Sol, is already receiving the first visits of schoolchildren to learn about the archaeological work being carried out.

this is an initiative whose aim is to promote the dissemination and knowledge of this work among youngsters from the town.

Visits to the site on the slope beneath the Sohail Castle are guided by archaeologists working on the site.

The professionals explain the methodology used, the objective of these tasks as well as the historical value of the remains found and those expected to be brought to light.

During the three hours workshop, primary and secondary school pupils also learn about the working method used by the archaeologists.

The objectives of this activity are to learn how to use the archaeologists’ tools, to understand the technical and practical process of an excavation, to know the fundamental characteristics of the physical environment on a historical level and to value the archaeological cultural heritage.

The ‘Ciudad Romana de Suel’ project consists of six phases divided into six years. Currently, work is being carried out in the first stage through three surveys in an area of 200 sqm.

In parallel with the excavations at these points, the archaeologists who are working in the area will carry out consolidation and restoration work on the structures located so far.

Work on this first stage of the project will continue until the first quarter of next year, when the stage and the venue for the Marenostrum international concert series will be set up. This will be done over the next five years until the six phases and the 1,600 sqm planned for the excavations have been completed.

This project is being developed through the UTE SUEL (Nerea Arqueología and Alfonso Montilla) organisation and will involve the participation of professors, doctors, researchers and lecturers from different Andalucian universities (Malaga, Almeria, Sevilla and Cordoba) and even international ones, such as the Italian university of Macerata.