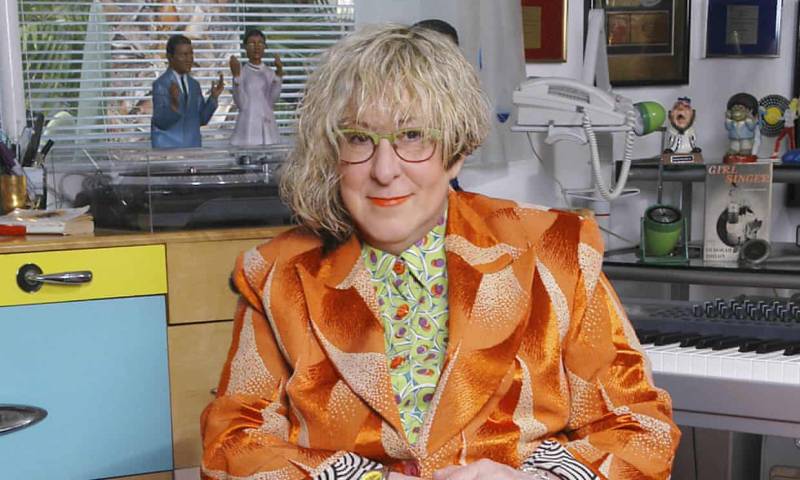 Allee Willis, the US songwriter behind the Friends theme tune as well as hits for Earth, Wind & Fire, has died aged 72.

She had suffered a sudden heart attack and Willis’s partner, Prudence Fenton was described as being “in total shock” over the news.

Willis grew up in Detroit and studied journalism before moving to New York in 1969 and working as a copywriter for Columbia and Epic Records, moving into song writing in 1972. She has since written hundreds of songs for artists including Pet Shop Boys (their hit with Dusty Springfield, What Have I Done to Deserve This) and the Pointer Sisters (Neutron Dance).

Her songs have sold more than 60m copies worldwide and she won two Grammys, one for her contributions to the Beverly Hills Cop soundtrack, and another for her score to the Broadway musical, The Colour Purple. She also wrote the theme for The Karate Kid, You’re the Best.

In 1995, she worked on perhaps her most ubiquitous song, I’ll Be There for You by the Rembrandts, which was used as the theme for the sitcom Friends. She co-wrote it with the show’s creators David Crane and Marta Kauffman, and once described it as “the whitest song I ever wrote”. It was later expanded into a full hit single with additional song writing from the Rembrandts.

But it was September, her 1978 hit with Earth, Wind & Fire, that she said is “still that song that when people found out I’d written that, they just go, ‘Oh my God,’ and then tell me in some form how happy that song makes them every time they hear it.” She originally resisted the wordless chorus line written by singer Maurice White, but it became one of the song’s signature parts. “I just said, ‘what the f**k does ‘ba-dee-ya’ mean?’ And he essentially said, ‘who the f**k cares?’ I learned my greatest lesson ever in song writing from him, which was never let the lyric get in the way of the groove.” Both it and the other Willis-penned Boogie Wonderland reached the US Top 10 and UK Top 5.

September was covered by Taylor Swift in 2018, a version described by Willis “as lethargic as a drunk turtle dozing under a sunflower after ingesting a bottle of Valium, and I thought it had all the build of a one-story motel”.

Willis also collaborated with Herbie Hancock, James Brown, and Bob Dylan – “we had a lot of common interests, welding being one of them”, she said of the latter. She was recently pictured collaborating with the rapper Big Sean.

She is survived by a brother, Kent Willis; sister, Marlin Frost; and niece, Mandy Becker.