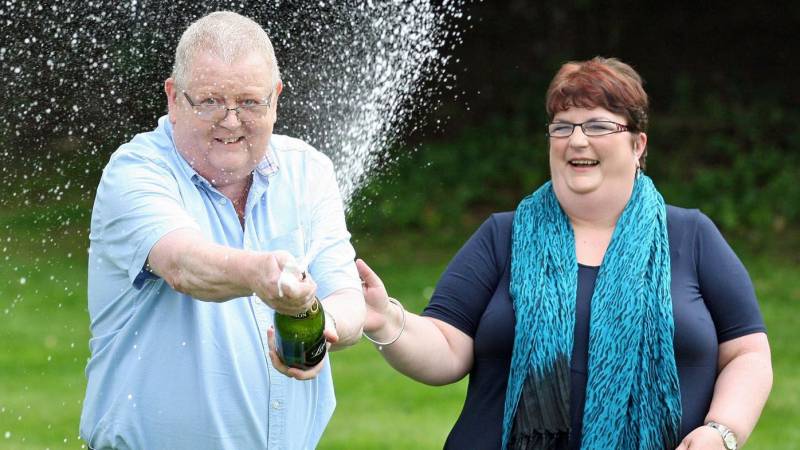 COLIN WEIR, the winner of one of the UK’s biggest Euromillions jackpots, has sadly died at the age of 71 after suffering from a short illness.

Mr Weir, from North Ayrshire in Scotland, had won £161 million in July of 2011 after he and his wife Chris purchased a ticket in the Euromillions jackpot draw.

Aged 63 at the time of his win, Mr Weir worked as a long-standing television camera operator and his wife was a psychiatric nurse.

The record-breaking win made the couple the 22nd richest people in Scotland overnight and the recipient of the largest lottery prize ever won by a UK resident, with the pair also making the Sunday Times Rich List. However, despite suddenly finding themselves in the hands of a life changing sum, the Weirs spent their considerable winnings modestly and this year even confirmed that they would divorce after 38 years of marriage.

Shunning an overseas holiday, it was reported that the pair went to the seaside town of Brighton in England, where they planned how they would spend their winnings. The first item Mr Weir bought was a checked sports coat similar to the one worn by his idol, Scottish television sports journalist Arthur Montford.

In 2013 the couple set up The Weir Charitable Trust and made a donation to a community football club in Largs. They also invested in Partick Thistle Football Club and rebranded the Thistle Weir Youth Academy, where a section of their Firhill Stadium was subsequently named the Colin Weir Stand.

In November of this year Mr Weir secured a majority shareholding at the club and promised to give the 55% shareholding directly to a fans group by March 2020.

On the news of the passing, a spokeswoman for Mr Weir’s personal lawyers said:

“It is with deep sadness that we announce the passing of Colin Weir early today after a short illness.

“We would ask for privacy for his family and friends at this distressing time.

“No further comment will be made other than to offer sincere thanks to the staff of University Hospital Ayr for their care and compassion.”

Their £161 million prize was the UK’s biggest win until October this year, when an anonymous ticket holder claimed a £170 million jackpot.