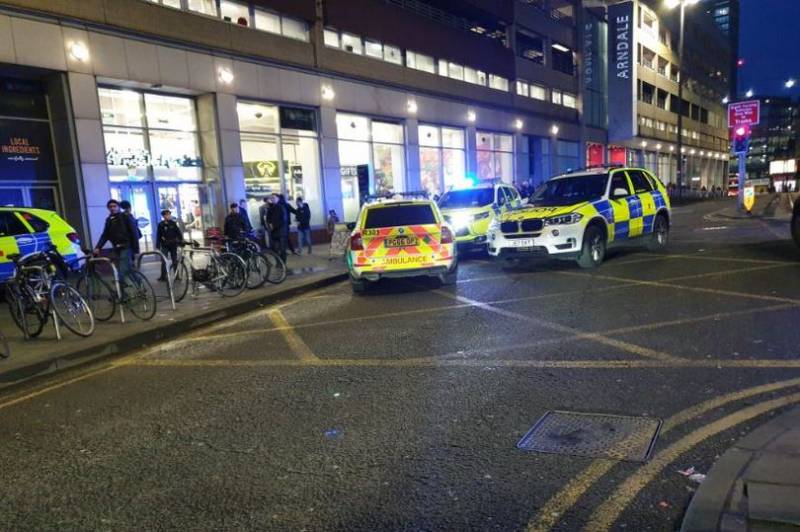 A TEENAGE boy is fighting for his life after being repeatedly stabbed outside Manchester’s popular Arndale Shopping Centre in England.

The horrifying incident took place late this afternoon (December 28), at a time when hundreds of shopping were out enjoying a spot of retail therapy after the Christmas break.

Dozens of ambulances and police cars have been pictured outside the centre, while a video has emerged online showing a boy being taken away on a stretcher. As Euro Weekly News understands, forensics teams are on the scene searching for critical evidence.

The victim, who is believed to be 16-years-old, is reportedly in a serious condition in hospital, with police describing the incident as a serious and isolated attack. Releasing a statement about the stabbing, a spokesman for Manchester Police said:

“We can confirm that a serious incident took place outside the centre this afternoon.

“The incident is currently under police investigation and we are unable to comment further.”

“Officers are currently dealing with an assault on Church Street, junction with High Street. A scene is in place and officers will be remaining in the area.

“Emergency services attended and a 16-year-old boy was taken to hospital with multiple stab wounds.”

Detective Inspector Jen Tattersall described the attack as “an awful incident which has left a teenage boy in hospital” expressing her condolences to the victim and his family as he receives treatment. She added:


“I understand that this incident and a large police presence in the city centre is likely to cause concern among members of the public. However, I would like to reassure those worried that we believe this to be an isolated incident.

“This happened in a busy part of town and at a busy time of the day and as such, there are bound to have been witnesses.

“If you saw anything or have any mobile phone footage of the incident, then please get in touch as soon as possible.”

The incident adds to the growing cases of stabbings in the UK this year, where the official statistics have recently revealed that the number of teenagers stabbed to death has reached its highest level since 2008.