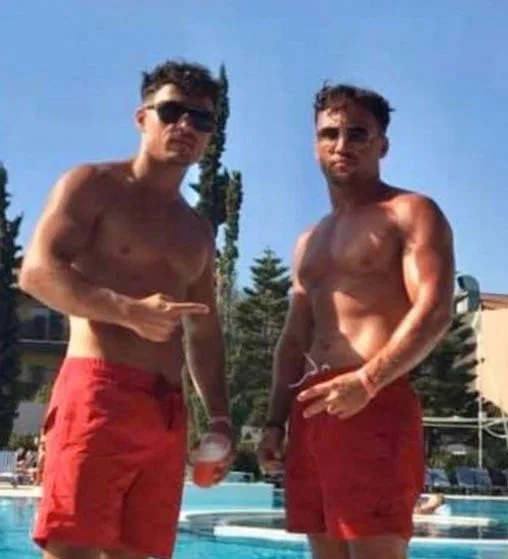 Two brothers who appeared in the Channel 4 series My Big Fat Gypsy Wedding have been found dead in a suspected double suicide. Twins Billy and Joe Smith, 32, were discovered together in woodland in Sevenoaks, Kent, at around 11.30am on Saturday. Police were called to the scene in Dibden Lane but the deaths are not being treated as suspicious.

Tributes have been paid online by friends and relatives of the pair.

Billy Smith’s partner Kristina Davey, from Cheltenham, Gloucestershire, said: “Hardest day of my life. RIP my perfect Bill, you were so pure so lovely. “You made me the happiest girl – did everything for me, showed me love I never had. You always see stuff like this but you just never think it’ll happen to you.

“I can’t believe I have to type this together struggling to speak never mind put a sentence together. I’m gonna make you so so proud my Bill, my life, my angel.”

A Kent Police spokesman said: “We were called at 11.34am on Saturday after the bodies of two men were discovered in Dibden Lane, Sevenoaks.

Their family are reported to have previously expressed concern for the pair – who first featured on TV throughout 2013.

One local who lives near the scene of the tragedy said: “It’s horrific — and just after Christmas. I feel desperately sorry for their loved ones.

“I heard the police cars head down there earlier and then the cordons were in place.

“It’s very remote and quiet down there. It’s well out of the view of passing cars or dog walkers.”

The area surrounding the grim discovery is well-heeled, scattered with houses costing £640,000 on average.

One episode followed them during a gardening shift in Kent, where they discussed the traveller lifestyle before getting married.

The hit C4 reality show even followed the landscape gardeners on a trip to the holiday island of Tenerife. At a wedding two weeks ago the brothers recorded a video as they sang and danced to Mariah Carey’s All I Want for Christmas Is You.

A Facebook user wrote: “Nobody has TOMORROW this was videoed less than 2 weeks ago there they were full of life and now they’re gone.

“Enquiries into the circumstances surrounding the deaths are ongoing, but they are not currently being treated as suspicious, the next of kin of both men are aware and being kept updated.”