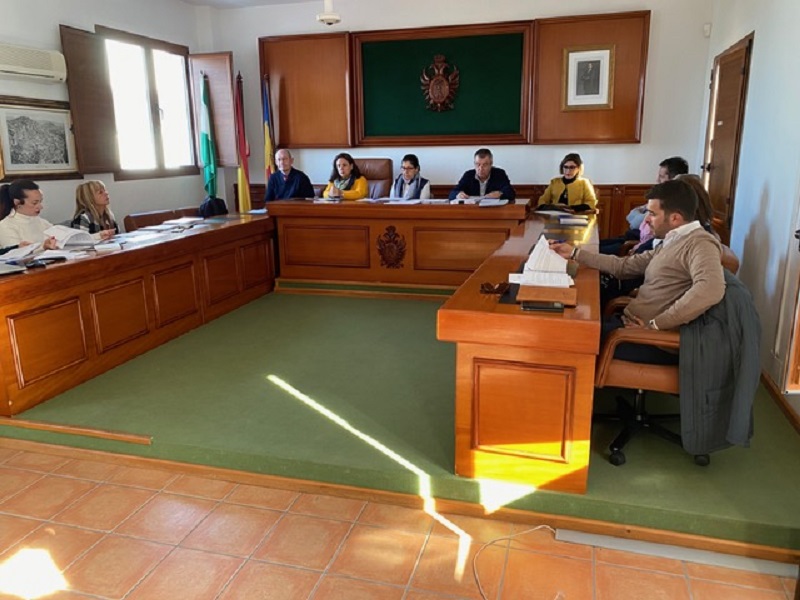 MOJACAR council approved the 2020 municipal budget of just under €11 million in line with the coming year’s expected revenues at the last plenary session of the year.
The Mayor, Rosmari Cano, maintained the budget was well-managed and financially sound, while reducing debt, based on controlled public spending, efficiency and effective management.
The government team also described the spending plans as “transparent, with balanced accounts and an austere spending plan.”
In terms of income, the municipal coffers receive their greatest input through the ‘padron’ register of inhabitants, the IBI property tax, capital gains etc., with just over €7 million expected next year. This is 7.48 per cent less than 2019, based on the tax payments settled in the previous year.
The next most important source of municipal income is the State and Junta de Andalucía contributions, amounting to €1,931,895, 0.52 per cent more than in the previous budget. This is followed by just over €1 million collected through municipal taxes, fees, and various other income.
In terms of expenses, the most important area is municipal staff salaries, with a Government increase of two per cent, plus a variable depending on the GDP. This includes the costs of three new local police officers, as well as other pending posts.
A total of €200,000 has also been allocated to maintenance, repairs and infrastructure upkeep, and to priority projects such as the Mojacar Playa relief road.
Mojacar council’s real investment for 2020 will be €1,078,815, representing 10 per cent of the total budget. This is an increase on 2019, which the local administration attributed to good management with respect to the payment of debts contracted by the council in previous financial years and a corresponding decrease of 93.40 per cent with bank loans repaid two years earlier than expected.
Mojacar’s beaches are set to benefit next year from new walkways, rescue modules and equipment, as well as the installation of upgraded waste bins and containers.
The Local Police will get new equipment, and the Mojacar la Vieja restoration project will continue.
The plan will also include see the incorporation of Mojacar into the ‘Plan de Movilidad’, with €1.5 million earmarked for road resurfacing and new pavements throughout the municipality.