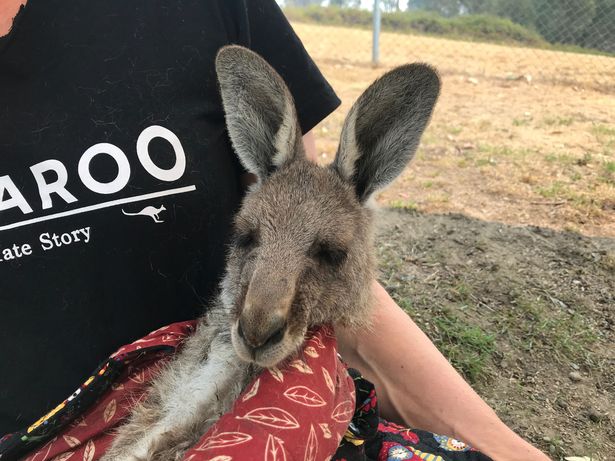 Experts from the University of Sydney estimate that around 480 million reptiles, birds and mammals, including thousands of koalas, have been killed as huge blazes sweep the country

Over half a billion animals are feared dead as a result of devastating wildfires in Australia. Ecologists from the University of Sydney have said an estimated 480 million creatures have died in the widespread blazes. Among the huge number of reptiles, birds and mammals are around 10,000 koalas, believed to have burned to death in Queensland and New South Wales.

More than five million hectares of land have been consumed by more than 100 fires, with nine people – including volunteer firefighters Geoffrey Keaton and Andrew O’Dwyer – confirmed dead.

Federal environment minister Sussan Ley said that up to 30% of koalas in the region could have been killed. She stated: “We’ll know more when the fires have calmed down and a proper assessment can be made.”

On Christmas Day staff at the Port Macquarie Koala Hospital – which provides crucial care for the loveable animals – treated 72 badly burned koalas. Clinical director Cheyne Flanagan told Reuters: “We have teams on roster for capture if any are in trouble and they are available 24 hours a day.”

Ecologist Mark Graham told the Australian parliament earlier this month that koalas “really have no capacity to move fast enough to get away” as fires spread.

And his depressing assessment continued: “The fires have burnt so hot and so fast that there has been significant mortality of animals in the trees, but there is such a big area now that is still on fire and still burning that we will probably never find the bodies.

“We’ve lost such a massive swathe of known koala habitat that I think we can say without any doubt there will be ongoing declines in koala populations from this point forward.”

Environmentalists are now calling for koalas to be reclassified as ‘critically endangered’ from their current status as ‘vulnerable’.

Australia’s bushland is home to a range of indigenous fauna, including kangaroos, koalas, wallabies, possums, wombats and echidnas. Tracy Burgess, a volunteer at Australia’s Wildlife Information, Rescue and Education Services (WIRES), said it was very concerning that rescuers were not receiving as many animal patients as they would expect.

“We’re not getting that many animals coming into care,” Burgess told Reuters as she held an injured brushtail possum.

Reptile expert Neville Burns, who is looking after a red-bellied black snake rescued in the Blue Mountains, fears wildlife populations will not recover for years.

“I see that there’s going to be a huge destruction in the population of reptiles in the area and that applies to birds, mammals, everything. I think the damage is going to be seen for years,” he said.

Around 1,000 homes have been destroyed in the flames.

Australian Prime Minister Scott Morrison came under fire for heading off to Hawaii on holiday as the devastation unfolded.

He later said he “regretted any offence caused by taking leave” and said he would be returning “as soon as possible”.