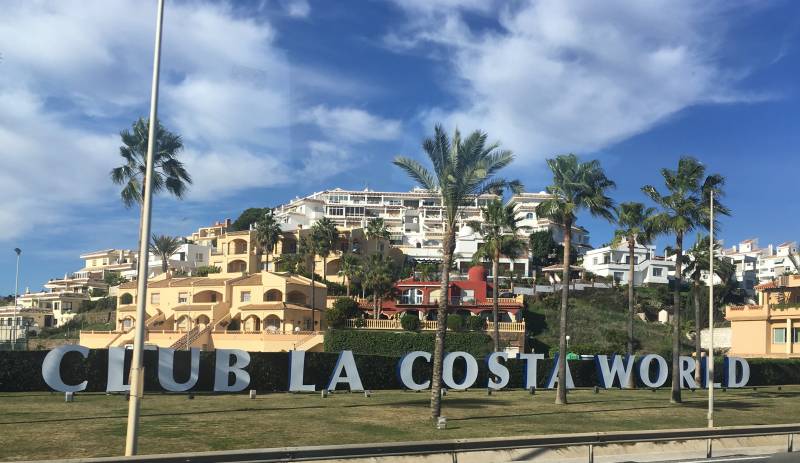 Across Spain suspicions are growing larger by the minute after the drowning of three British people in a swimming pool on the Costa del Sol at holiday resort Club la Costa.

With the families lawyers calling for a second investigation into the dreadful drowning of the Father and his two children, clearly not happy with the first outcome, whilst the mother claiming all three could swim, despite initial reports they were non swimmers, mystery shrouds what really went on, whilst the British Embassy based in Malaga remain deathly quiet on the situation.

Meanwhile staff at the holiday resort, have been instructed by top bosses to not say a word – fuelling the speculation even further with a life guard already having been sacked for talking to the British media.

With the subject a hot topic across Spain and especially the Costa del Sol regional towns of Fuengirola, La Cala & Mijas near where the tragic incident took place, many questions remain un answered both to not only the devastated family involved but concerned residents and holiday makers in Spain.

The multi million pound resort themselves have only made very brief statements, although an insider from the sales staff saying that bookings have fallen through the floor since the incident.

One of the main concerns of residents is how many deathly pools are out there in Spain and could this tragic accident happen again? especially as at this time of year there are so many unmanned life guard swimming pools.

Clearly something tragic took place in a swimming pool that isn’t exactly deep and we took to the streets yesterday for local’s thoughts and opinions to exactly what they think as they expressed their fears.

Mary Gregory from Torreblanca said: ” It’s been an awful Christmas with such a tragedy, I’m feeling so bad for the poor mother of those Children, I think this is being covered up myself by the authorities, to save tourism fears, you just don’t see 3 people in a shallowish pool all drown like that, it’s just a small pool really and easy to reach the sides, even if a non swimmer, I’ve read reports in the media from witnesses that all 3 were dragged to the middle of the pool but by what? – somethings just not adding up here at all, we should be given more clarity”

Meanwhile, Jason Thorne of Los Boliches has different thoughts ” It’s all about money, these type of things normally are, they try to wash away the real events and cover them up for the fear of losses, the resort won’t want to lose bookings, this is bad publicity for them, the Spanish authorities won’t want tourism to be affected and sadly in my opinion it’s all about fear of loss in terms of financials – sad but true in my honest opinion”

” This all stinks” said Gareth Hughes staying in Fuengirola ” Something isn’t right here at all, I’ve had my kids staying away from the pools since, I don’t trust them after reading some of the reports of suction and chlorine blasts, how many dodgy pools are out there, if it can happen in one it can happen in another surely, the hotel I’m in has roof top pool, but there’s not a life guard insight, you don’t go down your local swimming baths at home and not see a lifeguard!”

” It’s not as if these holiday resorts and hotels can’t afford them, they rake in the cash over Christmas, one simple life guard on duty would have saved that family” Gareth continued.

Tommy Wass had even harder views as he sat with his wife Leanna whilst having his morning coffee surrounded by his two young children, Charlotte 5 and Casey 2 as he said ” This is clearly a cover up in my view – no doubt about it – it all stinks to high heaven – 3 people don’t just drown like that! – no way, it’s all being played down whilst that poor mother has lost her husband and children, it’s outrageous it really is, no lifeguard -no proper explanations – all gone quiet – staff told to shut up – it’s a typical cover up, I thought these type of things didn’t take place in Spain anymore, but clearly they do, I can’t wait to get back home, I really can’t, my kids love swimming, it’s why you come to Spain but there’s no way now I’m going to let them anywhere near a pool here”

There is clearly outrage at present and still with no clarity or reassurance to the tragic incident now some 6 days ago its raising concern levels.

Nigel Harris has a slightly different view ” My concern is we have had no statements from the British Government or the Embassy to relive concerns, there must be thousands of British on holiday at present in Spain and I haven’t seen a peep, whilst many conflicting theories to the cause which is just frightening people, the situation needs to be addressed correctly and promptly”

Opinions are running high along the coast clearly as many fear a cover up will take place.

One example was Andrew Bradshaw who told the us ” We won’t get to the bottom of this, it will simply be a cover up and the family will be paid off somewhere along the line”

Will the real truth ever be confirmed? – only time will tell.