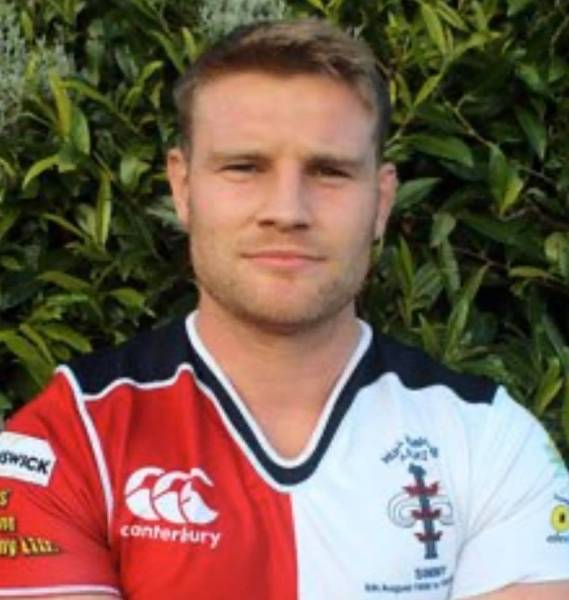 As Euro Weekly News understands, the English rugby player, who made his name playing for Pocklington RUFC before joining Hull Ionians in the summer of 2018, passed away suddenly at his home following a training session at the gym where he began to feel “unwell.”

Mr Hardy has  been credited as playing an important role in Hull Ionians after being crowned champions of the National 2 North last season.

After making his mark as a junior for all Pocklington’s main sports clubs, rugby, football and cricket, Hardy began his senior sporting career as a teenage central defender in Pocklington Town’s 1st XI; then followed in the footsteps of his father, also Billy, to switch from a leading local soccer player to be an equally good performer at rugby.

After seven seasons at Percy Road as a strong threequarter, Billy decided to play at a higher level at Hull in 2018 and was part of Ionians promotion winning side last year.

‘It is with the deepest sadness and regret that the club must announce the passing of Billy Hardy.

‘Billy was only in his second season at the club but during that short time. Billy had established himself as an important and most popular member of our 1st XV playing squad.

‘Billy joined Hull Ionians in the summer of 2018 from our good friends and East Yorkshire neighbours Pocklington RUFC. Billy played 26 games for the club and scored three tries.

‘I must admit that when I first saw Billy, his size did make me wonder if we had signed a new prop forward but I couldn’t have been more wrong.

‘Billy started with us on the wing and later moved across to centre as his skills, his strength, and his willingness to carry the ball into contact became more apparent.

‘Despite a few weeks out with annoying injuries, Billy played an important part in the club being crowned as champions of National 2 North last season.

‘A great achievement in Billy’s first season with us. Playing in National 1 this season, Billy had caused problems for several more established club defences and it was good to see him score his third try for the club, only a few weeks ago, away at Plymouth.

‘It is always difficult to know what to say when we lose a club member but when we lose someone so young, happy and well liked as Billy, it is especially hard.

‘Billy will be sorely missed at the club and all our thoughts are with Billy’s family and friends at this most difficult of times. The club will provide further details as they are made available.’

‘Pocklington RUFC was stunned and saddened at the weekend with the tragic news that Billy Hardy had died suddenly at home.

‘Billy, 27, starred for Pocklington as a strong running three-quarter before stepping up to play semi-pro rugby for Hull Ionians in the national leagues a couple of seasons ago.

‘But he had recently stated his intention of returning to his Pocklington rugby roots later in his career.

‘The thoughts of all at the club are with his girlfriend, family and friends