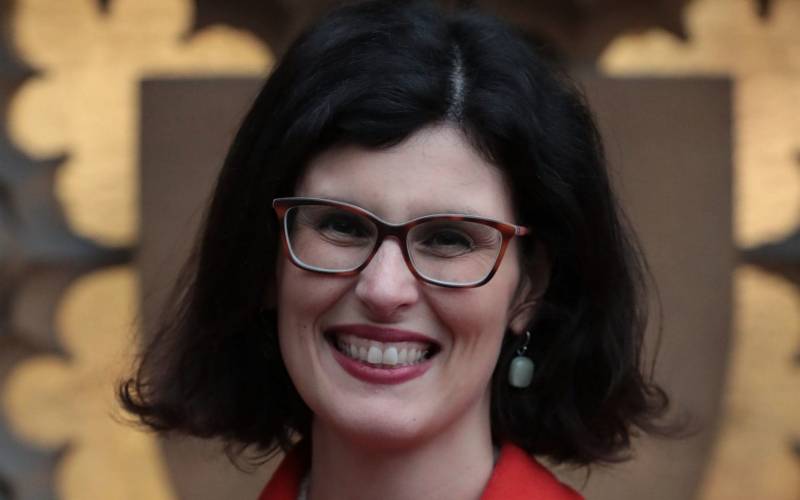 ‘Sometimes when you meet the right person, it just kind of happens’. Layla Moran

Potential Liberal Democrat leadership candidate Layla Moran has become the first MP to come out as pansexual after she started a relationship with another woman.

Ms Moran, 37, said that she had not previously had same-sex relationships and was “surprised” to find herself attracted to a woman, but added: “Sometimes, when you meet the right person, it just kind of happens.”

She said she was more comfortable with the label “pansexual” than “bisexual” or “gay” because it referred to the idea of love for an individual person for who they are and not their gender or sexual identity.

The Oxford West and Abingdon MP said she had been “shocked” by people in public life who suggested her relationship with former Lib Dem head of press Rosy Cobb could damage her career.

She is regarded as the most serious rival to acting leader Ed Davey in the upcoming contest to succeed Jo Swinson in the party’s top job. Moran held back from a mooted bid for the leadership last year. The contest took place shortly after she revealed she had been arrested in 2013 for slapping her then boyfriend during an altercation at a Lib Dem gathering.

Asked if she will stand this time around, Ms Moran said: “It’s a really big decision to make, and it’s one that I haven’t made yet.

“But I do know that you bring your friends and family and all of you with you when you decide to do something like that, so it’s not something I’m going to be doing or saying lightly.”

Ms Moran said parliament was “weird and backward” in its attitudes towards LGBT+ people, compared with society in general.

While her family and friends were supportive, she said that coming out as a pansexual MP had been more difficult.

“When it became more widely known that we were together, I was quite shocked, actually,” she said. “There were a few people who said ‘How serious is this?’ and some people even overtly said ‘Don’t you think it would be better for your career if you weren’t together?’

Previously in 2013-Layla Moran has admitted slapping her then-boyfriend at a party conference in 2013, leading to them both being arrested.