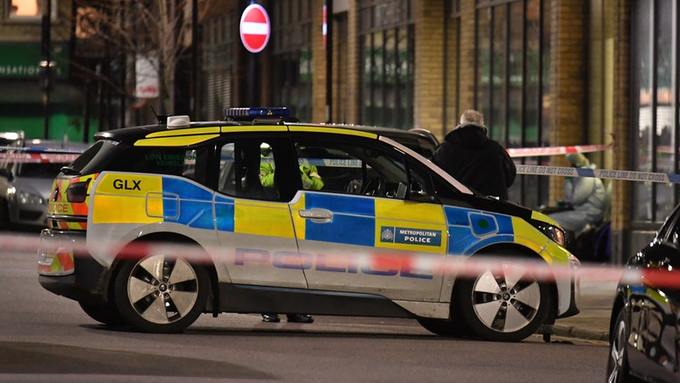 The Met Police have launched their first murder investigation of the year after a man was stabbed to death in north London on Friday evening.

The victim, in his 30s, was found on Charteris Road close to the junction with Lennox Road in Finsbury Park at around 6.50pm. He was pronounced dead at the scene at 7.42pm.

No arrests have been made and inquiries continue, the Met said.

Islington Council leader Richard Watts tweeted: “I’m horrified to hear about this appalling crime” and added: “What an awful start to the New Year.”

The victim was a 30-year-old Algerian delivery moped rider working for both UberEats and Deliveroo, according to friends gathered close to the scene. Fellow delivery riders gathered in Stroud Green Road said he had been the victim of a road rage attack following an altercation with a car driver.

Some of those gathered said they had been repeatedly attacked in the neighbourhood by young gang members – often still in their teens. A friend said the victim was known as “Taki”, although he was unsure of the English spelling.

Many of the riders criticised the companies they worked for and the police for doing nothing to protect them. “We’ve been attacked many times here,” one man said. He added: “I was attacked here by people with a big machete and now this man has been killed for no reason.

“The police do nothing. They just come, take a statement and then they go.”

Another said he had been brutally attacked in Brixton, south London, while working: “It was a £2000 bike and I said here take the bike just don’t kill me – they still stabbed me through the shoulder.”

The driver who attacked the victim was driving a Volkswagen Caddy, a witness said, and did not try to steal his moped from him. A friend of the victim said: “He was a good man. He doesn’t make any trouble – he works and he goes home and he ends up being killed while he’s working.

“This country is getting worse.” He continued: “It’s not safe to work by yourself anymore – what can you do? If someone comes at you with a knife you give them what you have or they are going to stab you.”