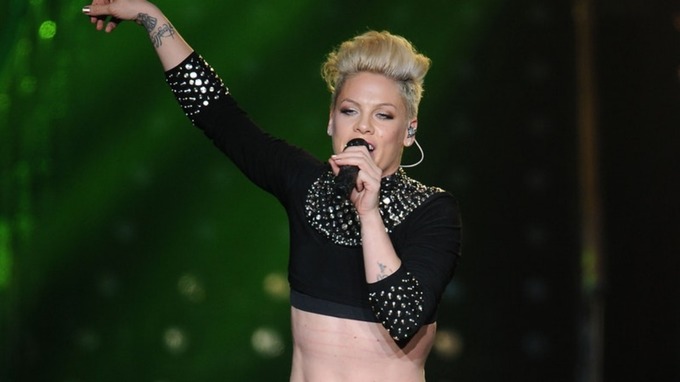 Pink has pledged half a million US dollars

More than 20 people have died and millions of animals are believed to have been killed in the blazes that have ravaged the country in recent months.

At least eight people have died this week in New South Wales and neighbouring Victoria, Australia’s two most-populous states, where more than 200 fires are currently burning.

Pink is one of the many celebrities to have spoken out about the fires, revealing her pledge of half a million US dollars (£382,043) in a post on Twitter. “I am totally devastated watching what is happening in Australia right now with the horrific bushfires,” she wrote.

“I am pledging a donation of 500,000 dollars directly to the local fire services that are battling so hard on the frontlines. My heart goes out to our friends and family in Oz.”

Australian pop star Kylie Minogue tweeted: “Humbled by the extraordinary efforts of the emergency services and volunteers in the ongoing bushfire crisis in Australia.

Actress Naomi Watts has described the fires as “truly horrendous” in a post on Instagram, in which she shared a video taken during her last visit to Byron in New South Wales. Watts said: “It’s so upsetting and worrying. So much wildlife already lost. And still much of the summer ahead. My heart goes out to those who’ve lost loved ones and homes. “Big gratitude to the brave firemen who literally haven’t stopped during the holidays!! Heartbroken for all the animals, plants and land… for rain.”

Queer Eye star Bobby Berk urged his 2.6 million Instagram followers to donate to help local services and organisations to help those affected by the fires. He highlighted the “tens of thousands of people that are evacuating their homes” and the state of emergency in New South Wales and warned of the high temperatures and winds that could impact the existing blazes and “trigger new fires”.

Australian Prime Minister Scott Morrison, who has been criticised for his response to the fires, on Saturday called up 3,000 defence force reservists as the threat of wildfires escalated.