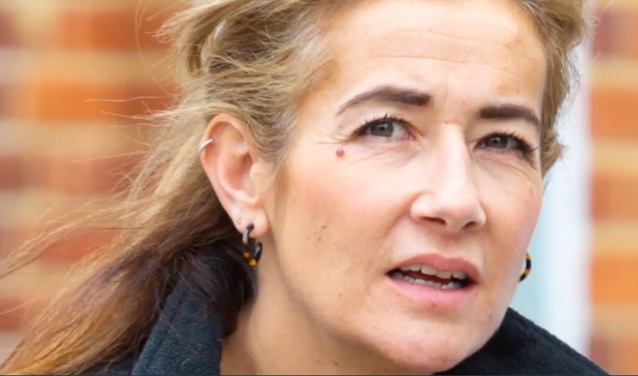 A single mum who went on a drunken rampage on a British Airways jumbo jet and faces jail had her case adjourned after the court wanted evidence she is seeking treatment for her alcoholism.

Emma Langford, 47, admitted attacking BA staff on the flight to Cape Town in South Africa, punching the manager and kicking another in the back of the legs while screaming: “You have a massive arse.”

The mum-of-two then pulled out trays of stowed plates and glasses, causing them to shatter on the floor and cutting another member of staff before pummeling cabin crew.

She eventually had to be restrained with the help of an off-duty police officer on the flight before being carried off the plane when it touched down in Cape Town.

Langford had previously pleaded guilty to charges of three assaults, criminal damage, being drunk on an aircraft, and behaving in a threatening manner towards cabin crew.

She faces up to two years imprisonment.

Isleworth Crown Court heard how Langford, as part of matters relating to the custody of her two young sons, is now accompanied by a woman who observes her 24 hours a day and lives in her Old Baising, Hampshire home to ensure she does not drink alcohol.

The 47-year-old is also to wear a SCRAM bracelet, a device that is able to detect alcohol in the system every half an hour. The bracelet has a sensor that reads alcohol in the sweat and makes a report every 30 minutes.

Both the prosecutor and defence sought to adjourn the matter for a pre-sentence report to be completed and for the court to receive a letter from her psychiatrist.

“She was flying to South Africa to attend a rehabilitation centre to seek treatment for her addiction.

“She has two recent convictions for drinking and driving.”

Guy Wyatt, defending Langford, said: “It’s a mystery why no one prior to this hearing made a pre-sentence report.

“There are mental health difficulties and a serious history of alcohol abuse at play here.

“An immediate custodial sentence is the starting point.

“The court will be assisted to see the observations of this bracelet, consulting reports of her psychiatrist and evidence from her sober companion.

At Langford’s previous hearing at Ealing Magistrates Court on December 4, her actions were deemed “so serious” that she must be sentenced at a crown court.

Recorder Joseph Boothby said: “It seems to me that you have a background and history the court will want to know before I consider the extreme measure of sentencing you to prison.