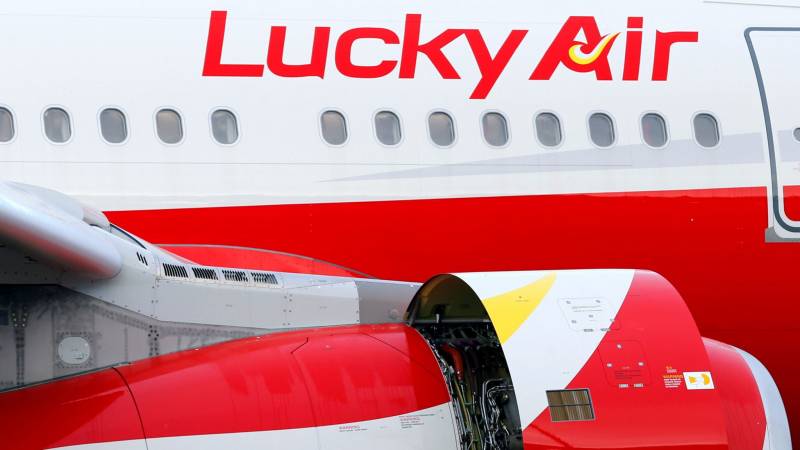 A Chinese airline passenger who threw coins into a plane engine while boarding in a bid to ensure a safe journey has been ordered to pay 120,000 yuan (€14,850 ) in compensation to the airline.

A not-so-lucky Twenty-eight-year old Lu Chao, who was flying with Lucky Air, was ordered to pay the fine after the airline had to cancel the flight to search for the coins.

The police detained Mr Lu for 10 days after the incident at Anqing Tianzhushan Airport in eastern China, and the airline took legal action against him. Industry experts said the superstitious practice of tossing coins into the plane’s engines dramatically increases the risk of engine failure.

“Regardless of size, any pieces of metal that fell into the engines would damage its turbine blades at high-speed rotation,” Zhang Qihuai, a legal expert in China’s aviation industry said.

“The shattered pieces could start a fire in the engine, and lead to oil pipe rupture and [the] engines to stop, endangering aviation safety. A small coin could do big damage to plane engines, especially if the coin is sucked in in mid-air and gets stuck.”

Coin-tossing at planes is illegal in China. The act, which many superstitious Chinese people believe can bring blessings to their family or help overcome challenges in life, is considered a disturbance under public security management laws and violators face up to 10 days of detention and a 500 yuan (£55) fine.

Mr Lu is not the first passenger to throw coins in this way, though. A string of similar incidents have been reported in the past.

For example, a 23-year-old medical student was fined after she dropped coins on the tarmac while disembarking from a plane last September. She explained that she was motivated to drop the coins due to her family belief that tossing money in this way could avoid disasters and act as a prayer for blessings, as her cousin’s child had a stomachache during the flight. She was unaware the act was illegal. She was fined 200 yuan (£22).