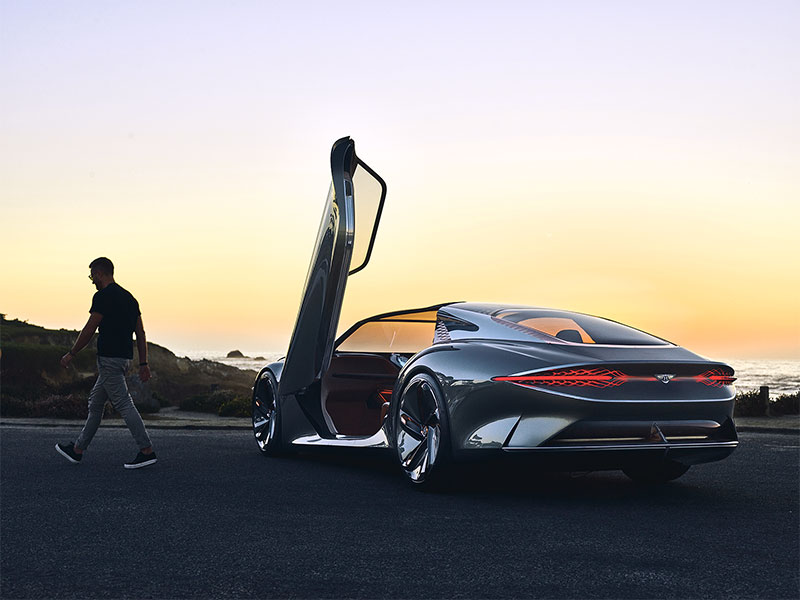 Bentley Motors Exp 100 GT points to the future. Even cooler and more desirable in the future. With gorgeous looks now.

THERE are many luxury brands and all aspire for birthdays. Lots of them.The more birthdays they have the more they seem to have some species of authority. Longevity is not a signifier for authenticity and veracity much less taste.

Yet longevity vouches for  the endurance of a brand or marque though not always financial survival of the owner of the brand. Ownership of brands pass from one owner to another owner. Over the years each will add to the legend or be consumed by it.

This year 2019 marked the centenary of one such luxury brand, Bentley Motors. As the year comes to a close the affection that this brand has won has been fed back with what is a veritable tsunami of awards and prizes.

Presented over the course of a year each a major event. Totalised and summed up at the end of this year they read as an astonishing and rounded genuflection from its public and the wider industry.

The awards though spoke not to history but rather to the present day production and output of the car manufacturer. So leading Bentley to make a proud boast, “Bentley Motors is the most sought after luxury car brand in the world.”

The FLYING SPUR was awarded four ‘Luxury Car of the Year’ prizes during 2019 . The CONTINENTAL GT meanwhile won plaudits across the planet, a ‘Car of the year’ in the Middle East and ‘Most stylish Car in Switzerland’, meant for 2020.

Perhaps implying that no Swiss lady or gentleman may be stylish without the benefit of a Continental GT beneath them? Stepping out of a comfort zone and creating a winner in a new and unfamiliar category is hazardous. Bentley Motors is considered to have pulled it off with their Sports Utility Vehicle the BENTAYGA.

Past glories were not lost to time and distance. Summer 2019 saw vintage as well as newly minted motor cars on parade at the glorious annual vintage and collectors gathering at Pebble Beach, California. An example of Bentley 1931 Gurney Nutting Sports Tourer won ‘Best of Show Awards.’

While the end product is at the centre of it all the team that keeps on delivering should also be applauded and has been. Awards for excellence in Management is almost expected though also for diversity and investing in the future through innovation as exemplified by the mouth-watering reception given to the Bentley EXP 100 GT suggests that the best may be yet to come.