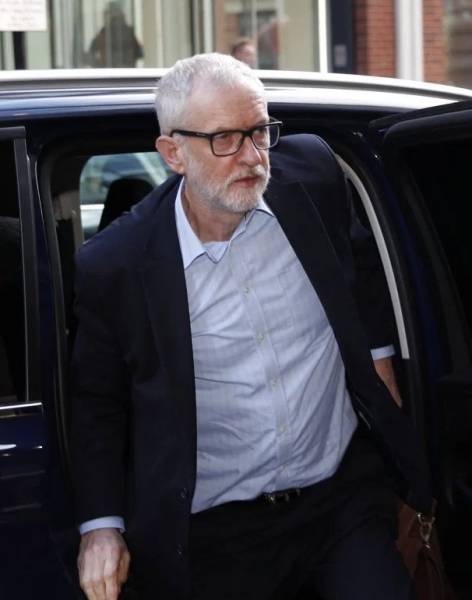 JEREMY Corbyn is to stay as Labour leader until April as MPs battle it out to replace him for another three months, it was revealed today.

The party’s leadership met this afternoon to set the rules for the race to replace the leftie boss, who announced he would quit after the disastrous general election result. The race will officially kick off tomorrow, where MPs and MEPs can start nominating candidates.

They need the support of at least 10 per cent of their support, and then at least five per cent from local constituency Labour parties and other organisations – two of which have to be trade unions. Newbies can join the Labour party from £4.38 per month to vote for who they want to be the next Labour leader – and make sure their application is in by 20 January.

If they don’t want to join the party they can have a vote as a “supporter” – but they will have to pay £25 to do so and have to apply in a 48-hour window between 14 and 16 January. When Mr Corbyn was elected as leader supporters only had to pay £3 to vote for him, prompting to a flood of applications.

The leadership race will finish with a special conference on Saturday 4 April where the new leader will be unveiled. So far Sir Keir Starmer, Emily Thornberry, and backbenchers Clive Lewis, Lisa Nandy, and Jess Phillips have said they will run.

Rebecca Long Bailey and Ian Lavery are expected to go for the top job too.

A Labour party spokesperson said this afternoon: “Our National Executive Committee has agreed the timetable and process for the leadership and deputy leadership elections. The ballot will run from 21 February to 2 April, with the results announced on Saturday 4 April.

“We are by far the largest political party in the UK with well over half a million members. We want as many of our members and supporters to take part, so it has been designed to be open, fair and democratic.”

Party chairman Mr Lavery was in attendance at today’s NEC meeting – even though he’s still considering whether to stand. Ms Long Bailey did not take up her seat as she is planning to run.

Mr Lavery told ITV on the way in: “I’m going to wait and see what happens today, we’ll take everything as it goes”.

Meanwhile, PoliticsHome revealed today that Corbyn’s allies are planning a shake-up of the party before the current Labour boss steps down. Mr Corbyn’s chief of staff Karie Murphy, and Labour’s general secretary Jennie Formby have drawn up sweeping changes in the wake of last month’s election.

They are said to include changes to the party’s data and analytics team, which is in charge of polling, and wants to rip up the system of regional organisers.