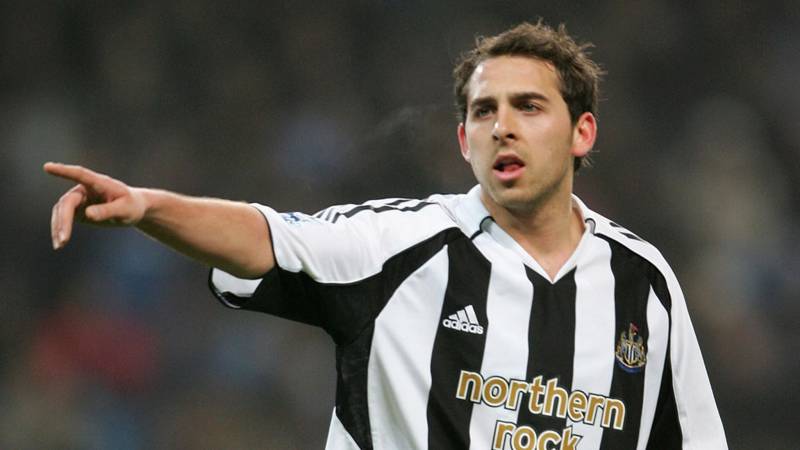 Michael Chopra the failed flop of football has angered the Newcastle fans in Spain with his latest outbursts on social media.

Chopra you may never of heard of to be honest, unless a Cardiff City or Newcastle  supporter – well possibly Sunderland too as he did turn out for Newcastle’s arch rivals despite declaring himself as a die hard Geordie Newcastle boyhood fan.

Chopra never cut the mustard at Newcastle, he scored as a striker only one league game goal in his short lived career when he made the first team.

Despite his weak and lack lustre performance at Newcastle since wrecking his career through gambling, bad behaviour and being chased by debt collectors threatening to kill him, he now spends his time on twitter criticising the famous Northern club from his hideaway in Amsterdam.

His barrage of abuse has riled many Newcastle die hard supporters around the world  including supporters clubs in Spain.

His latest tweet was just one too much for many as he once again criticised his so called beloved club.

He tweeted ” Theres a reason Rafa didn’t buy Joelinton. Today was the reason, possibly NUFC worst no. 9 in the clubs history.”

Fans are in outrage at the tweet when thousands replying and discussing the tweet as he attacked a fellow professional player from his Dutch hideaway,

“Well done @MichaelChoprathat’ll work wonders for the lad replied one.”

The barrage of abuse from Chopra has not gone down with expat Geordies in Spain who are to be quite frank, seething with his past and present comments.

Tommy Wilkinson, representing  the Newcastle expat supporters group from Sam’s bar in los Boliches  on the Costa del Sol said ” He’s a disgrace to our club, I really don’t think he knows what he’s talking about and he’s a rambling flop on twitter just as he was on the football pitch”

Frankie Queen also agreed ” He call’s himself a Geordie and a fan of the club, but I doubt he’s been to even watch us since he left, he’s a failed flop who hardly ever played for us, in fact the double header signed for rivals Sunderland, that says it all tome, he needs to shut his mouth, he slags off many but this comes from the flop who not only threw his football career away but his life too”

Whilst Chopra played a few games for Newcastle all of 21 and many against lesser competition and scoring as a striker just the one goal, he was sold to Cardiff City in South Wales in a budget priced deal.

Dave Jones the Cardiff manager at the time had no resources so took a gamble on doing a cut price deal for basically a reserve team striker.

Cash strapped Jones had no choice as he has since admitted in taking punts on players nobody else wanted, He knew they came with issues but he was a master of turning the most unwanted into half decent players. Although with Chopra he did fully have his work cut out.

Jones had his work cut out with the failed football star, despite him scoring a few goals normally made by team team Jay Bothroyd , he simply could not keep him out the bookies,  one of Jone’s management  team said ”  On the pitch if his head was wired he could do the business but that would be reliant on his horses winning before he went on the pitch”

Despite his on the pitch performances at the time, it was a nightmare for the management team as Chopra swanned round Cardiff as some superstar despite only being a championship player, but his gambling addiction had kicked in and Cardiff were delighted to get nearly 5 million pounds in a transfer deal from Newcastle arch rivals Sunderland, many thought he wouldn’t go being a so called dire hard fan of Newcastle, but as a Cardiff management insider at the time said ” He didn’t care about anything apart from the dosh, he was gambling for fun and losing cash quicker than water coming out the tap” we couldn’t wait to get rid of him.

Chopra went to Sunderland and hardly set the world on fire and was soon back out on loan to South Wales as desperate Cardiff City under the guidance of financial flop Peter Ridsdale who famously sunk Leeds Utd into dire straights as Chairman and was banned whilst at Cardiff for being a Company Director for financial irregularities, needed goals.

Chopra entered rehab for his addictions, but they never worked at the time and after a brief return period at Cardiff was soon replaced by Craig Bellamy as he ended his outstanding career at his home town.

Motormouth Chopra ended up at Ipswich were the gambling situation got even worse with the Club having to lend money to pay off his debt collectors who even turned up at the training ground.

Chopra no doubt had some ability, but as a somebody from the Cardiff Management team said ” he would bet on two flies going up the dressing room wall at half time” and became the joke of the football circles around the UK.

Whilst Manny Thompson was in agreement ” Is he trying to make a living now as an outspoken pundit? he’s took thick to be a pundit, I read an article the other day where he claimed he was bullied out of Cardiff by pint sized Bellamy …. that says it all”

Newcastle fans at this time as Chopra spouts off would really like a word on the coast.