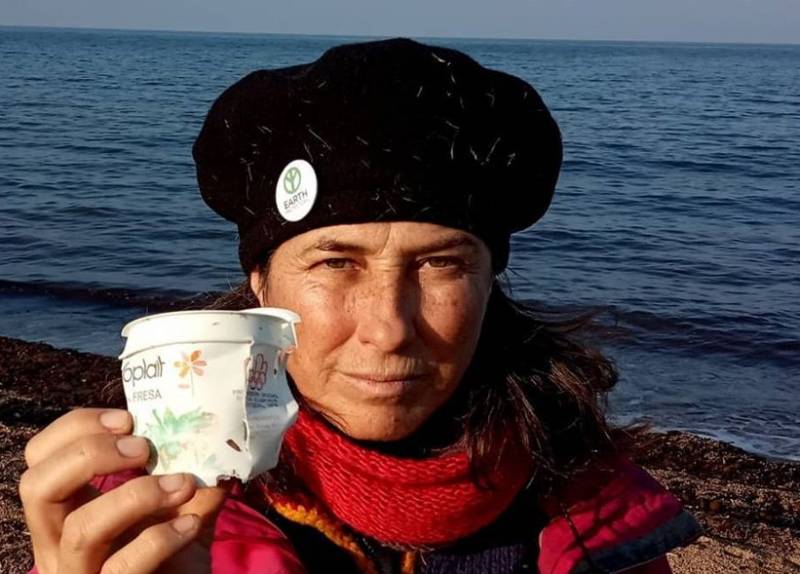 THE discovery was made in Spain on the second day of the year in a popular tourist beach.

The plastic cup is intact and the brand name (Yoplait), which was no longer marketed after 2001, clearly visible.

The find was made by Maite Mompó, an environmental activist who has a habit of spending part of her time cleaning up the environment of Dénia and the Marina Alta.

On January 2 she went to Les Deveses beach, the northern stretch of the Dénia coastline, and, as she explains in a video posted on youtube, her surprise came when among the waste she collected she found was a pot of yogurt, similar to any other you can find in the supermarkets nowadays, but with a couple of peculiarities, the yoghurt carton goes back over forty years.

As Euro Weekly News has confirmed, Maite Mompo who is also an activist for Stop Ecocide, posted her peculiar find on Facebook which reads:

January 2, 2020: A 1976 Yoplait yogurt boat arrives on the coast of Dénia.
After 44 years stumbling around the sea, it is practically intact, without any sign of decomposition. He’s almost my age but yet he will survive me for hundreds of years. More than 8.000 million tons of plastic have been produced since the 50 s… Plastic is degrading and turning into microplastic that has been introduced into the chain of life. Plastic not only kills more than a million and a half of animals and seabirds a year; also we, humans, are eating it and drinking now. We need to take awareness of the dimension of the problem For your health and yours, for the health of the planet and all the beings that populate it, minimize the plastic that enters your home!

The yogurt found was dated and marked with the historic Olympic 1976 propaganda on the packaging. 1976 the year Nadia Comaneci scored the first 10, it was also the year a large investment in sports facilities financed by cigarettes. Since then, 44 years have passed, ten editions of the Olympic Games have taken place and we are just months away from the eleventh, and the official yogurt is still intact.

According to a UN report in 2018, about 13 million tons of plastic leak into the oceans each year, causing the death of some 10,000 marine species each year.