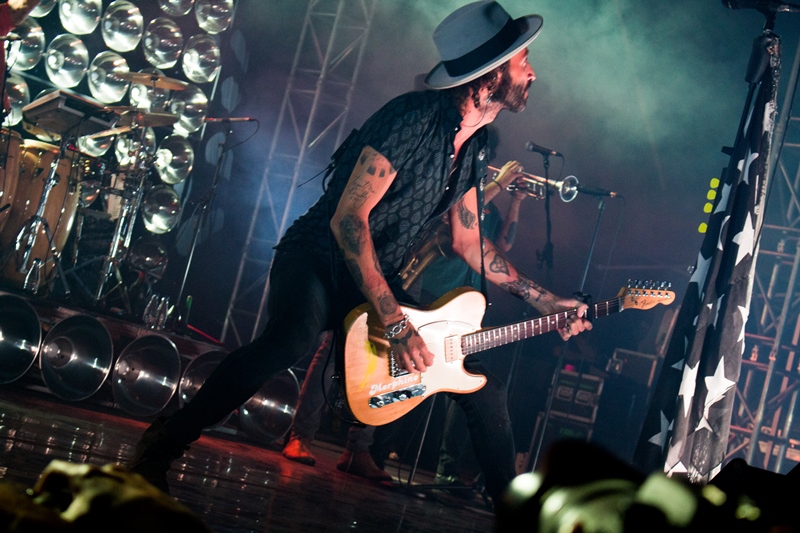 Leiva one of the headline acts Credit: La Lama flickr

THE Marenostrum events in Fuengirola just keep growing and after the revelation that Slipknot would be headlining a metal festival, the latest news is that there will be three days of Spanish language pop/rock at the end of July.

Cosquín Rock Spain commemorates 20 years of the Argentine Cosquín Rock festival and will be held in Spain for the first time (but probably not the last).

It will run over three days from July 30 to August 1 and has already booked a host of Spanish and Latin American bands and performers for its two stages which sit on the shore of the Mediterranean.

The two headliners will be Loquillo the 59-year-old singer from Barcelona who spent 24 years fronting rock band Los Trogloditas and Leiva the popular singer from Madrid who has recorded a succession of well-crafted and popular albums and singles.

Other top names announced include Andrés Calamaro, Fangoria, Amaral, Anni B Sweet, León Gieco, Skay and Los Fakires (Ex Redonditos de Ricota), El Mató to a Motorized Police and Juanse (of Paranoid Mice) so there will certainly be plenty for those who enjoy Latin and Spanish rock.

With plenty of time to go and three days to fill, there will be a number of additional artists signed but tickets are already on sale with one, two and three day options available with a three day pass starting at €71 online.

The event is due to be as eco-friendly as possible with a completely plastic free enclosure which will hold an enormous 18,000 audience, many of whom will be able to take advantage of both camping and glamping options.

Those with special needs will be taken care of as the event wants to welcome as many disparate people and groups as possible.