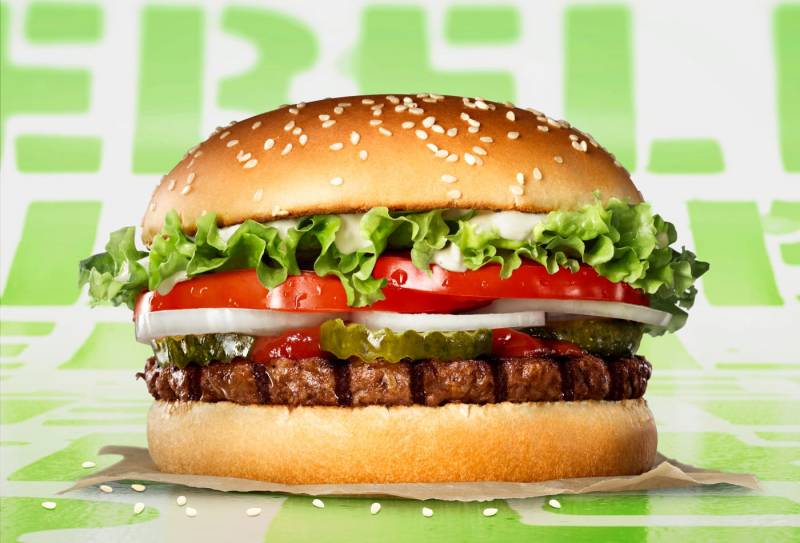 A vegan has expressed their disgust after eaten a wrongly boxed Rebel Whopper in Spain. Credit: Burger King.

A long-life vegan in Spain has expressed their outrage after eating a chicken burger at Burger King which was wrongly boxed, calling for the fast food-chain ‘to rectify the problem immediately.’

The customer, who wishes to remain anonymous in the face of meat-raging criticism, was keen to try the new plant-based alternative rolled out across Spain at the popular fast food chain in Barcelona. However, they were left ‘disgusted and revolted’ after the realisation was made that they where in fact eating poultry.

Burger King, who launched the Rebel Whopper in 25,000 locations across Europe at the end of November in a move which Bloomberg called “one of the largest product launches in its history”, excited vegans far and wide with their new innovative burger. This was the first large-scale restaurant partnership for the chain with The Vegetarian Butcher, who spent years developing the ‘juicy flame-grilled, 100% plant-based, sustainably sources soy patty.’

However, for this vegan they were left with more than just a bad taste in their mouth, where they described being sick to their stomach and heartbroken that they had eaten a “poor and defenceless” animal. They said:

“I have been committed to veganism all of my life and it is has been hard for me to find suitable options to eat in restaurants, especially since I moved from the US to Spain. When I heard Burger King had a brand new vegan burger available, I was so excited to try it and even rang my mum back home to tell her what I was going to eat.

“But now I am absolutely disgusted. I went into the takeaway and asked for a Rebel Whopper, and was so impressed when it was ready just a few minutes later. I sat down and because I was just so hungry I ate it so quickly, but after 5 or 6 bites I knew something was wrong. I asked my friend and when they tried it they were adamant that it was chicken so I marched right up to the till and demanded an answer.

“The guy behind the till then broke my heart in two and said it was their crispy chicken one. I rushed to the toilet and was physically sick and I haven’t felt well since. I am so disgusted and revolted about all of this. I can’t believe I ate a poor and defenceless little chicken who was murdered at the hands of humans.”

As Euro Weekly News understands, the very unhappy client has now vowed to take the matter further and has already written a letter to Burger King headquarters. It is yet unknown if a response is yet to be made from the international chain.