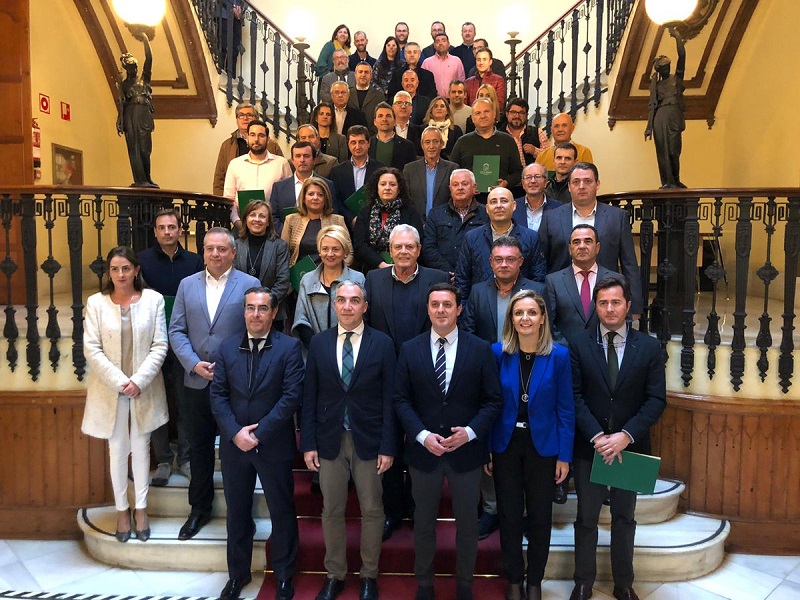 EMERGENCY response times in 43 Almeria municipalities are set to be significantly shorter thanks to an agreement between the local councils and the Junta de Andalucia.
The localities have signed up to integrate their emergency services into the Emergencias 112 Andalucia system. This means that the activation of the municipalities’ emergency operations will be via telematics rather than telephone.
The Andalucia government’s Presidency, Public Administration and Interior regional minister Elias Bendodo formally signed the agreement with the mayors of the 43 municipalities on Tuesday.
Albox, Arboleas, Bedar, Carboneras, Cuevas de Almanzora, Los Gallardos, Garrucha, Huercal-Overa, Lubrin, Macael, Mojacar, Nijar, Olula del Rio, Oria, Pulpi, Sorbas, Taberno, Turre, Velez-Blanco, Velez-Rubio, Vera and Zurgena are among the participating areas.
Bendodo emphasized the importance of the move as a means of making it possible for small localities to be incorporated into the 112 technological platform. The regional minister said it “strengthens collaboration between the Junta de Andalucia and the different municipalities of Almeria and optimizes all the province’s emergency mechanisms.
“From now own the integration will be through telematics, hence the response time to an emergency will be four seconds, while before, via a telephone call, the time ranged from 45 seconds to 1.25 minutes, depending on the type of call”, he explained.
The 112 line is an emergency management public system open to the integration and participation of the different public administrations and entities involved in emergency situation actions. The service means any member of the public, whether resident of visitor, can call the same 112 number in the event of any kind of emergency situation, 24-hours a day. The service is multi-lingual and covers all telephone operators.
Bendodo maintained agreements of this kind “reinforce the commitment of the new Government of Andalucia with the safety and protection of all Andalucians and visitors”, and pledged the administration was committed to making further improvements.
“We know that Andalucia is prepared, that it has plans and professionals at the European forefront, but we are going to continue improving and modernising the systems because safety is one of the obsessions of this government”, he affirmed.