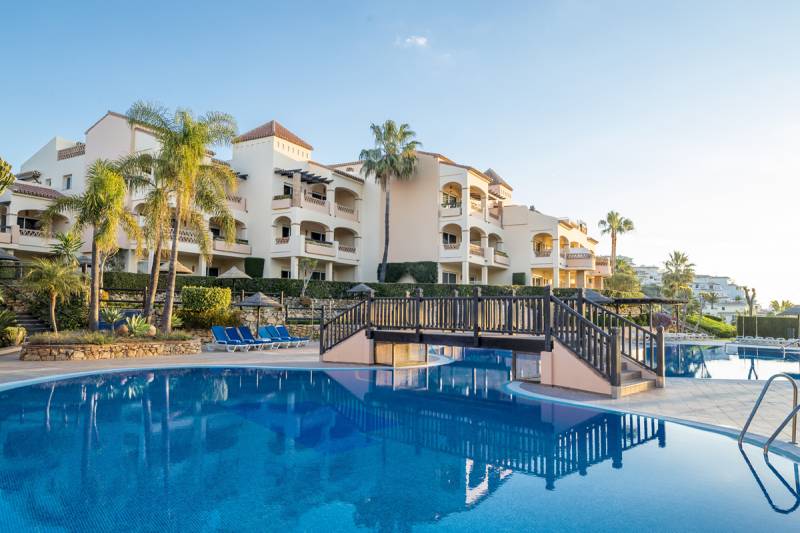 On tonights British TV channels, ITV national news at 7pm CET,  showed a film crew stood at the pool side with a so called swimming pool expert at the resort where a family of 3 drowned.

The footage showed wilted dried up flowers around the pool with the self proclaimed swimming pool expert airing his views, to which he discussed the draining system and the fact in his opinion that one wasn’t enough.

Whilst many rumours and thoughts are circulating across Spain’s Costa Del Sol – the broadcast tonight has fuelled the fire amongst many, especially as the resort clearly deny all claims about faults at the pool and its also been investigated and put down by Spanish police as a recorded tragic accident.

The swimming pool ” expert” had previously broadcast his views in the Sun newspaper and offered his services for free to come for inspection, today residents were shocked to see him on main British news poolside.

As residents watched the broadcast there was a mix of opinions amongst expats in Spain.

Mary Gregory from Torreblanca was first to hit out as she said ” Whilst I have questioned the use of life guards, this looked like a nothing report, a man claiming to be an expert who we have read about in a national newspaper offering free services, now turning up with a film crew a couple of weeks later, it’s like he’s trying to sell himself to me, on the broadcast it appeared to say the little girl could swim, despite claims she couldn’t simply because she wore goggles and a swimming hat? I don’t find that expert information!”

Wendy Bradshaw had her view ” How come it’s taken them so long to get a film crew together to visit us here in Spain? this doesn’t add up to me, I think whatever happened was an accident but I was surprised to see if that was the case that the pool was still closed on the British news, we have only one drainage system in our pool and I’ve never been sucked down in 15 years, so I can’t honestly take his expertise  seriously on that comment”

Whilst Jason Thorne said ” I just don’t know what to believe, but what I can’t understand how it’s only now ITN turn up, after all this time, also why did the resort allow them into film? I’ve swam in that pool a few times and I’ve never seen a problem with it, thousands swim in it every year, I think this is about money now and lawyers trying to gain compensation payments and fees”

The ITN article did seem lacking of information and no doubt this saga will go on for a while yet as the family mother grieves and refutes claims of accidental death.