Prisoner found dead in cell at after dispute 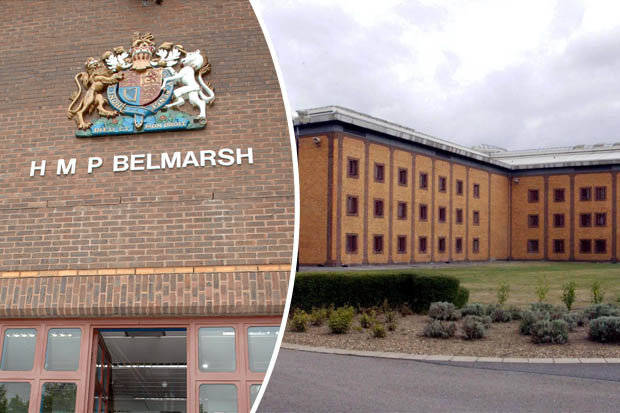 HMP Belmarsh, a government report shows many "self inflicted" deaths...

A remand prisoner has been found dead in his cell at HMP Belmarsh after a dispute over whether he should have been classified as disabled.

Liridon Saliuka, who was born in Kosovo and held a British passport, was found reportedly unresponsive in house block 4 of the high-security prison in the early evening of 2 January.

HMP Belmarsh confirmed he had died. The Prisons and Probation Ombudsman is investigating. It is understood the authorities are treating the death as *self-inflicted, but the family – who say there have been delays to the postmortem – disagree. Saliuka, 29, from Harrow in north-west London, had been in custody since last summer when he was arrested and charged with murder in connection with a fatal shooting at a club in east London. He denied being involved.

He was the third prisoner to have died in Belmarsh within the past year. Another inmate was found dead there in November. Saliuka’s sister, Dita, told the Guardian he had been determined to clear his name. The family said the autopsy had still not been carried out and they had been told they would only be able to see his face afterwards.

Saliuka underwent extensive reconstructive surgery after a car crash two years ago. He was given metal plates that made it difficult for him to walk or stand still for long periods. Dita, 31, said she had nursed her brother back to health as he recovered. A report by a surgeon, commissioned by the family, had concluded that he should be considered as “permanently disabled”. At Belmarsh, she said, he was initially put in a special cell with an orthopaedic mattress but had recently been transferred to a standard cell.

“They didn’t let him make a phone call from Boxing Day until New Year’s Day when I saw him,” Dita said. “My brother said people who committed suicide were weak and selfish. I heard from others there had been an altercation that day. He was being bullied.

“I called the prison repeatedly to [to raise concerns about his disability] but no one came back to me. He was moved on New Year’s Eve, and he said he had been sleeping on the floor because the mattress was so uncomfortable. “He was on remand. Now my brother will never be able to clear his name in court.” Saliuka had been supported in his defence by the campaign group Joint Enterprise Not Guilty By Association ). Gloria Morrison, a spokeswoman for the organisation, said: “A young man has lost his life and we don’t know why.”

Selen Cavcav, senior caseworker at Inquest, an organisation that supports relatives at coroner’s courts, said: “Liridon’s death is of significant concern. It is vital that it receives the upmost scrutiny. His family must be allowed to meaningfully participate in the investigation processes and establish the truth about the circumstances of his death.”

A Prison Service spokesman said: “HMP Belmarsh prisoner Liridon Saliuka died in custody on 2 January and our thoughts remain with his friends and family. As with all deaths in custody, there will be an independent investigation by the Prisons and Probation Ombudsman.”

*self-inflicted Click on the link below at the report on deaths at HMP Belmarsh Prison, it make interesting reading…