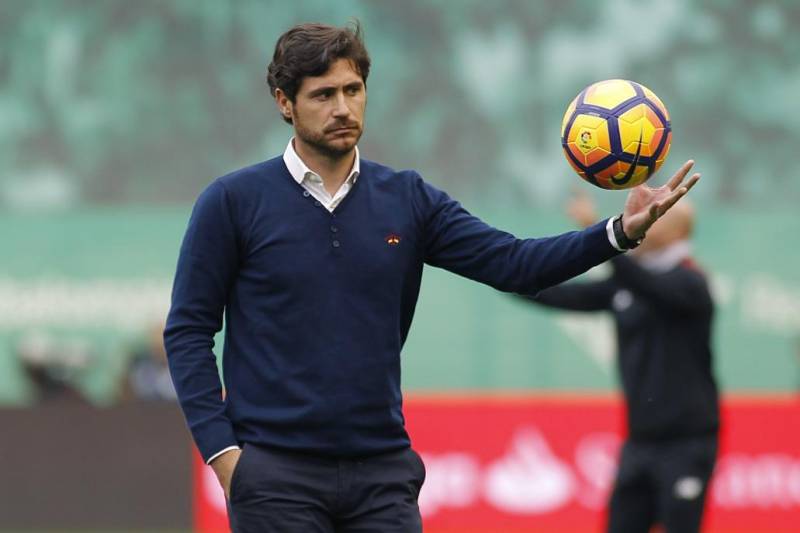 Coach suspended after video posted online: Claims to be a victim of extortion. Credit: Twitter

MALAGA Football Club head coach, Víctor Sánchez del Amo has been suspended after an explicit video of the 43-year-old was posted on social media.

The former Spain international wrote on his Twitter account that he had been blackmailed over the video prior to it being published and that the case is being investigated by the police.

“I want to report that I am being the subject of a crime against my privacy with harassment and extortion,” Sánchez said. “The matter is in the hands of the police and I’m obliged to follow their instructions.”

Police sources have confirmed that the first complaint of extortion was filed with National Police on January 5 and on Tuesday, after the images appeared on social networks, a second complaint was filed, this time at the Provincial Police Station of Malaga. Following these reports, the police cybercrime division has opened an investigation into the two crimes of extortion and sexting.

The video allegedly shows the coach flashing his genitals to the camera, a publication that does not have the consent of the coach and which, therefore, is a crime against privacy.

In the Twitter post, Sánchez del Amo also stated: “Sharing or disseminating an intimate content of any person without consent is also a crime either through social networks or messages or in any other way. Thank you for your understanding and support.”

At the time of going to press Euro Weekly News have been notified that Director General of Malaga CF, D. Richard Shaheen will hold a press conference at 1 pm from Estadio La Rosaleda to discuss any further developments.