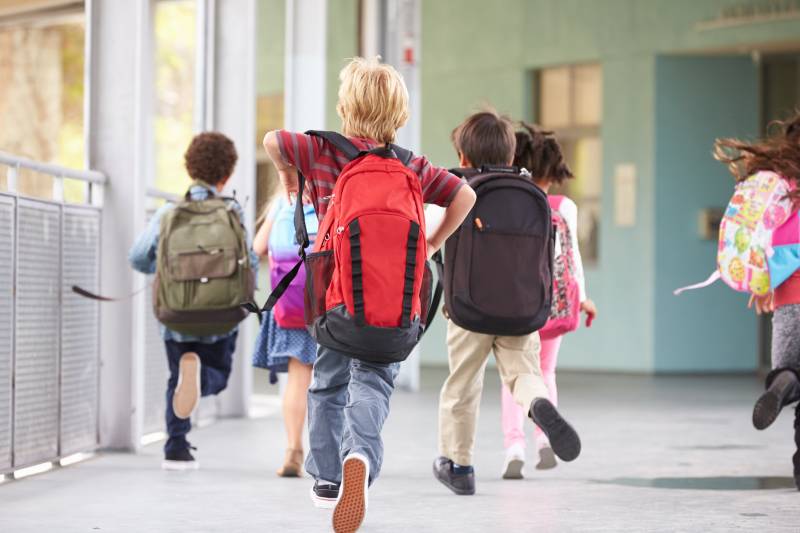 The weight of a regular A4 sized notebook is around half a kilo or 1.1 pounds. If textbooks weigh the same and eight-year-olds have around six subjects, it’s just a question of doing the math.

Children don’t always carry all of their books, but they also tend to pack a pencil case, their lunch or a dictionary. It all adds up, meaning that a child’s backpack can easily weigh four to five kilos.

Taking into account that the average eight-year-old weighs 25 kilos, their school rucksack could represent around 15 to 20 per cent of their total body weight. This would be equivalent to an adult carrying a 15-kilo bag to work.

A study conducted by the PODUMA Research group at the University of Malaga has determined the effects of heavy backpacks on children. Researchers have concluded that if the backpack represents over 15 per cent of the child’s weight, the body reacts by significantly changing the way they walk.

According to the investigators, strides become shorter and the feet spend more time in contact with the ground. These changes coincide with the first steps to suffering musculoskeletal injuries.

The study was carried out over the course of a year and involved the participation of 231 children from Malaga who were between six and 12 years. The tests were conducted as each boy or girl walked with backpacks of varying weight. In all cases, it was noted that backpacks weighing over 15 per cent of bodyweight caused the shape of the tread to vary.

A member of the Biomedical Research Institute in Malaga assured that this habit causes a predisposition to have problems in the future. He explained that children who walk carrying a lot of weight on a daily basis suffer from walking disorders. Therefore, they have more options to contract knee and back injuries. In addition to affecting the biomechanics of walking, too much weight can cause future injuries to the hips, feet or back. These problems could be easily aggravated if the child already suffers an alteration, including scoliosis or flat feet.