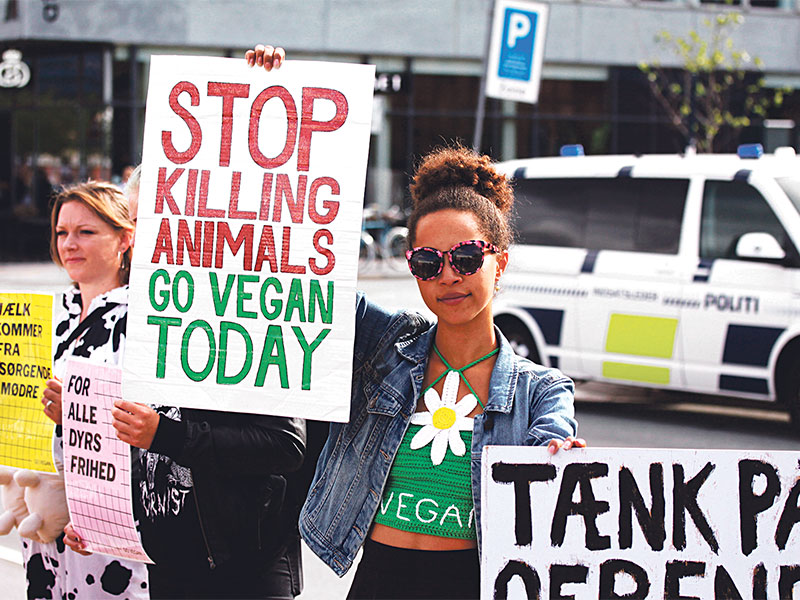 VEGANS: Don’t make the majority of us feel bad!

Wouldn’t it be nice if just for once we could usher in a new year with a modicum of common sense? Ha! Dream on everyone. Only in the UK could headlines warning of a possible new Mid East war, or millions of hectares being destroyed in uncontrollable Australian bush fires, be shared with the same front pages informing the nation that veganism must now be considered to be on a par with religion!

This week a judge ruled that ‘ethical’ vegans should be protected under the same rules that apply to religious and philosophical beliefs. Yet another minority group will now have attained the right to accuse the beleaguered majority of some unfair ‘victimisation’ or another. How long will it be I wonder before one of these plant eaters manage to drag a ‘disgusting’ carnivore into court for displaying some form of veganophobia?

I truly do respect the views of my vegan friends, but please don’t try to make the majority of us feel bad for eating what some of you colourfully describe as ‘dead animals.’ It’s a nice pork chop or a sizzling T-bone.

Awright? Just as a matter of interest, it is also a proven fact that plants do actually have feelings as well. Looks like starvation time ahead folks.

And talking of the New Year. Once more, in the same way as the lefties managed to hijack the Millennium celebrations, they also managed to turn what should have been a New Year celebration of British culture and proud heritage into a disgraceful lowbrow exhibition of mind numbing, diversity rap ‘gangsta’ music, smoky fireworks and pop rubbish, which almost unbelievably also included the dreadful football song ‘It’s Coming Home’ (which it didn’t!).

I do sometimes wonder if Mayor Khan and his fellow organisers  simply have no breeding or class at all, or by dragging us down to their level are deliberately trying to sabotage just about everything the United Kingdom with its proud traditions  holds near and dear.

Last year, I remarked there was a remarkable absence of burkas around the Cenotaph when the UK paid tribute to the brave servicemen and women, who gave their lives so we could live in peace and democratic freedom.

Not so last week. Hundreds of burkas were in evidence when, with almost unbelievable arrogance and distain for the country that succours them, crowds gathered in London to hold a candlelight vigil for Qasem Soleimani, the Iranian general killed by the allies in a drone attack.

This man was a terrorist, a sworn enemy of the West and was responsible for the death of thousands of servicemen and innocent civilians. He was planning even more atrocities and had publicly warned the West of his intentions. If any more proof was required as to where the loyalties of many of the UK immigrant populace lie, this demonstration was most definitely it.