HEALTH NEWS: Britons are giving up alcohol and Spaniards are taking note 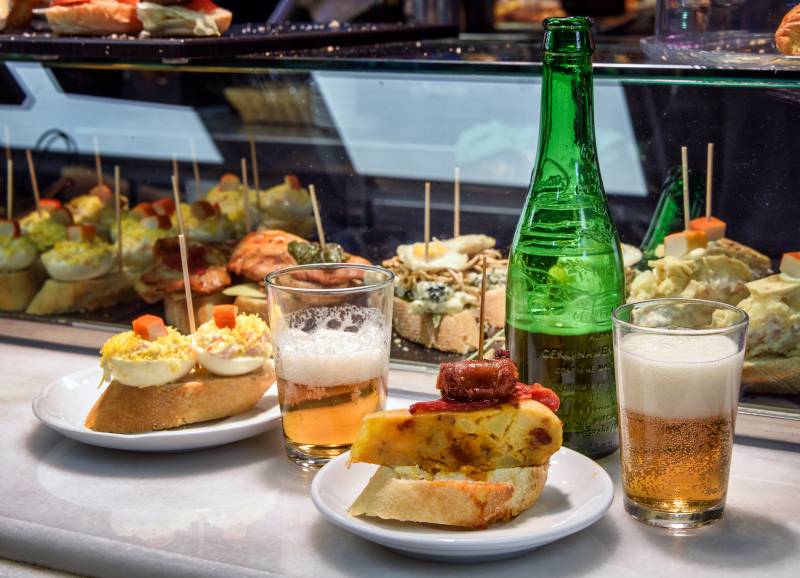 WAY OF LIFE: Alcohol is deeply rooted in many Spanish customs

Britain wants to stop drinking, and health authorities aspire to help the country achieve it. According to a recent survey, two thirds of regular British drinkers consider alcohol consumption harder to quit than to start exercising or improving their diet. The national health system wants this to change and has launched a new campaign and an app to reduce drinking habits. The app called Drink Free Days invites users to spend a day without drinking and lays bare the befits of giving alcohol the cold shoulder.

This British initiative has caught on in Spain, bringing the issue to attention. The relationship of Spaniards with alcohol differs from that of the British. But hitting the bottle is also a big part of the culture, starting with the fact that even the Spanish language implies that drinking is essential for social acceptance. And drinking beer is easily accommodated around children’s play dates in bars. Truth be told, it’s also time for Spain to reflect on alcohol consumption and customs that need to be reviewed.

The benefits of avoiding alcohol include improving sleep, regulating weight, reducing the risk of hypertension and liver problems and cancer. Doctors explain that more than 4 million people in Spain suffer from hypertension unknowingly. According the British health officials, people who are between 45 and 65 years-old are especially prone to drinking and tend to exceed the amounts compatible with a healthy life.

However, it takes the body some time to see the benefits of a teetotal lifestyle. Researchers at the University College London have demonstrated that it can take up to a month to notice the positive effects of cutting out the booze. People who drink more than 3 bottles of wine or 14 pints of beer a week will experience a positive impact on cholesterol, body weight and blood pressure after one month of abstinence.

In 2016, data established alcohol as the main killer in people between 15 and 49 years of age. Researchers reached the conclusion that no level of alcohol consumption can be considered healthy. They noted that the risks outweigh the possible benefits related to heart disease.