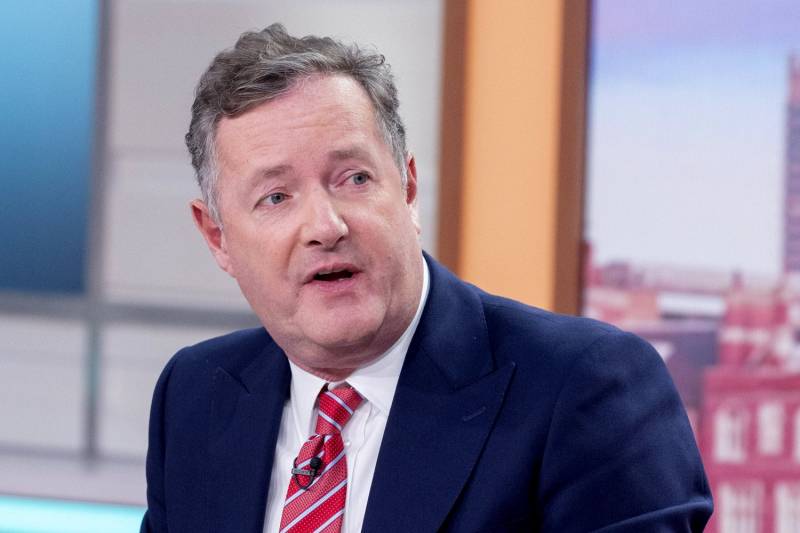 THE news that Prince Harry and Meghan Markle would be stepping back from their roles as senior members of the British Royal Family drew the attention of the media across the world.

The announcement made by the Duke and Duchess of Sussex yesterday evening (January 8) shocked the public, and has garnered heavy criticism due to sources indicating that the couple failed to consult the Queen or the Prince of Wales beforehand. The mood at Buckingham Palace is understood to be one of great disappointment, with the BBC reporting that senior royals have been “deeply hurt” by the announcement.

However, there was one man who scoured his disapproval on the pair, citing that the Royal couple had disrespected the Queen and the British public. Piers Morgan, who has firmly criticised Meghan Markle over the years, largely due to her relationship with her estranged father, voiced his outrage on the shock statement.

Writing in his latest column for the Mail Online, Mr Morgan branded them ‘entitled’ and ‘disrespectful’ towards the Queen. He wrote:

“In a series of staggeringly pompous statements on their gleaming new Hollywood-style website, they laid down the law to the Queen and to the rest of us about exactly how things are supposedly going to work from this moment on.

“In other words, they want to be super-woke celebrities (with all the outrageous ‘Do as we say not as we do’ hectoring hypocrisy they’ve already brought to that status) who get to keep all the trappings of royal life without any of the hard, boring bits and the right to cash in on their status however they choose.

“So, they want the glitz, the glamour, the splendour and the stupendous wealth… they just don’t want to have to actually earn it. What a pathetic joke.

“Get rid of these whining, ego-crazed, deluded leeches Ma’am – before it’s too late.”

Earlier, the Good Morning Britain presenter had unleashed his fury at Meghan Markle for “splitting Harry from the Royal Family”, calling for the Queen to strip them of their titles in a series of tweets that ripped into the pair as they revealed they are moving to North America. He wrote:

“People say I’m too critical of Meghan Markle – but she ditched her family, ditched her dad, ditched most of her old friends, split Harry from William & has now split him from the Royal Family. I rest my case”.

This was followed by: “Wow. What a disgraceful way to treat the Queen. Shame on Harry and Meghan“, where he later posted: “Buckingham Palace says ‘it’s complicated’. Translation: the Queen’s bloody furious.”

The outspoken presenter has continued to weigh into the matter, filling up his Twitter feed with his thoughts.

The taxpayer should not be paying a single penny to support Meghan & Harry’s new life as duty-free celebrities. Not. One. Penny. pic.twitter.com/GzALYVYCfs

More controversy has been shrouded over the pair since it emerged that the couple want to keep certain privileges such as their Frogmore Cottage London residence, which was renovated with £2.4m of taxpayers’ money, as well as their £600,000-a-year royal protection squad.

*NEW: The Queen must FIRE Their Royal Hustlers: Deluded Meghan and Harry should be stripped of their titles before this pair of grasping, selfish, scheming Kardashian-wannabes bring down the Monarchy.
My new column: https://t.co/TrLTlcsQ1n pic.twitter.com/fGG537Ay6H