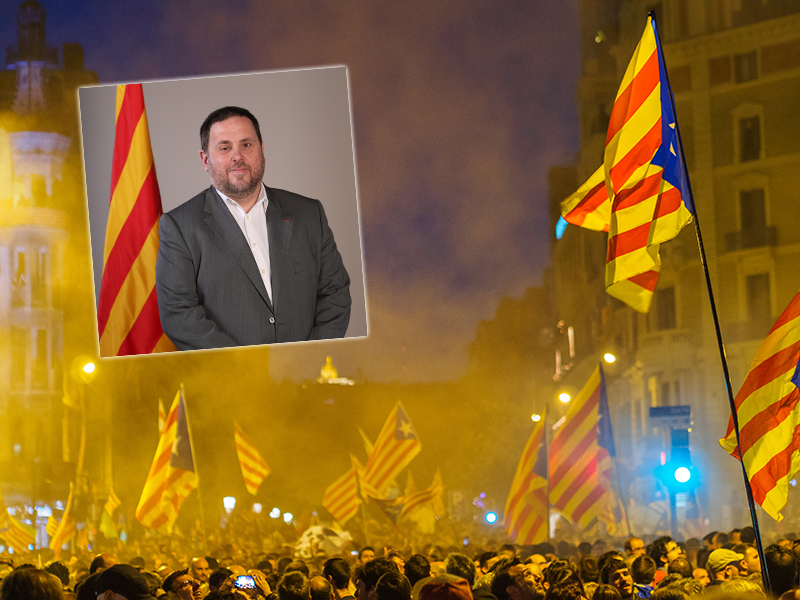 SPAIN’S Supreme Court has said that jailed Catalan leader Oriol Junqueras will not leave prison to take up his post as an MEP in Brussels.

The Criminal Chamber of the Supreme Court has today (January 9) decided to inform the European Parliament that the President of Catalan separatist party ERC has been declared unfit to stand for election after being sentenced to 13 years in prison for sedition at a trial following an ‘illegal’ independence referendum.

The court presided over by Manuel Marchena has thus resolved the legal problem posed by the ruling of the European Union’s Court of Justice, which decided that Junqueras had enjoyed parliamentary immunity since 13 June, after the results of the European Parliament elections were announced. Junqueras was still awaiting trial at the time for the events of autumn 2017.

The seven judges of the Criminal Chamber that tried the case have decided that Junqueras, after the final sentence, has been disqualified from serving as an MEP, which means that he will neither be released nor will the request for the lifting of his immunity be processed.

Nor will the legal acts on Junqueras after the entry into force of the immunity be annulled, including the 14 October ruling that sentenced the ERC leader and eight other secessionist politicians and social leaders to prison terms for crimes of sedition and embezzlement of public funds.

On 19th December last the EU Court of Justice ruled, in response to questions from the Supreme Court, that Junqueras was protected by parliamentary immunity as an elected MEP as he had not been convicted of any crime at the time of the election.

However, the court in Luxembourg left it up to the Spanish justice to decide the extent of this immunity at the present time, when there is a final judgment in the trial of the prosecutor. On Tuesday, the European Parliament announced that it will “take note” of the election of Oriol Junqueras as an MEP at the next plenary session on 13 January. Former President Carles Puigdemont and former Conseller Toni Comín have also escaped to Belgium and have benefited from the European ruling recognising Mr Junqueras‘ parliamentary immunity.

Spain’s Public Prosecutor had previously made a submission to the court that it was possible for Junqueras to be released to go to Brussels.

In what was seen as an olive branch to Catalan parties as Prime Minister Pedro Sanchez tried to form a coalition goivernment, there was a softening of the previous hard line taken against Catalan politicians.

The government’s legal services argued that his travel to the seat of the European Parliament “could be allowed.”

The State Attorney’s office said: “As long as there is no express declaration of incompatibility or annulment of the mandate of an MEP, Oriol Junqueras enjoys the immunities accorded to members of the European Parliament.”

In a letter sent to the Second Chamber of the Supreme Court, after hearing the ruling of the Court of Justice of the European Union (CJEU), which granted immunity to Junqueras, the government’s legal services maintained that both his travel to the Central Electoral Board and to the seat of the European Parliament, could be permitted as long as the “appropriate custody measures” are put in place to prevent the prisoner from escaping.

But within days of Sanchez successfully forming a government, the Supreme Court has come out with a ruling that maintains the status quo.