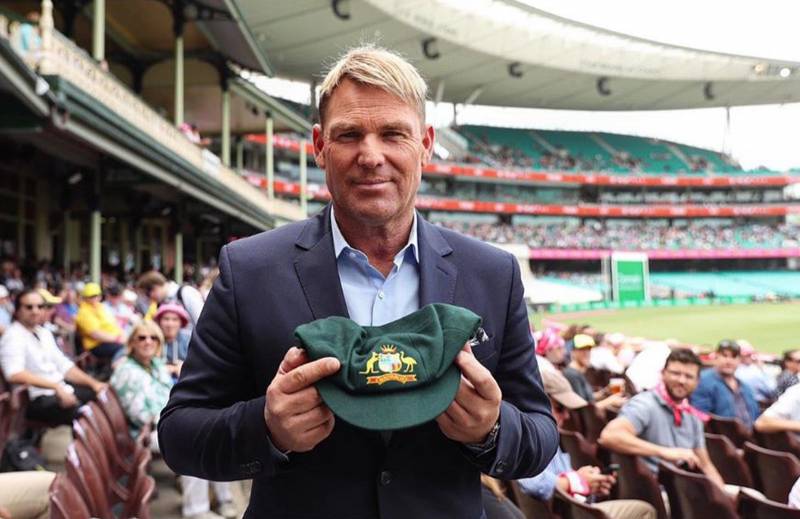 Australia’s cricket legend has decided to generously auction off his famous baggy green test cap, for those currently being affected by the Australian bushfires.

Former cricketer Warne, 50, announced earlier this week of his intentions to help raise funds for those who have experienced loss, with an estimated 2,000 homes being destroyed and 27 people losing their lives to the uncontrollable infernos.

The winning bid was placed by CommBank CEO Matt Comyn during the final minute of the auction. The total bid of A$1,007,500 (£691,437) will go to the Australian Red Cross Disaster Relief and Recovery.

“Thank you so much to everyone that placed a bid and a huge thank you to the successful bidder, you have blown me away with your generosity and this was way beyond my expectations!” Warne posted on social media.

SIX time Formula One World Champion Lewis Hamilton is another sporting hero who has recently helped contribute to the issues in Australia. Hamilton contributed a figure of A$500,000 towards fire and animal rescue services.

“It saddens me deeply to know that over 1 billion animals in Australia died a painful death, no way out, not their fault. My love of animals is no secret and I can’t help but grieve for the defenceless animals thought to have died so far, pushing certain species closer to extinction. I’m lucky enough to visit Australia often and I know first-hand how beautiful the country is.”

“Keep fighting Australia,” he continued. “I’ve spent some time speaking to people in Australia who are working at the heart of this and I’m filled with admiration for everything they are doing. I implore you to join me in thinking about the impact we are having on our planet. Let’s work together to make small changes, and encourage our family and friends to do the same, so we can help shift the direction we’re going in.”

Hopefully, these recent generous acts from Warne and Hamilton will trigger more contributions and support from leading celebrities.