Drug your wife for a peaceful life 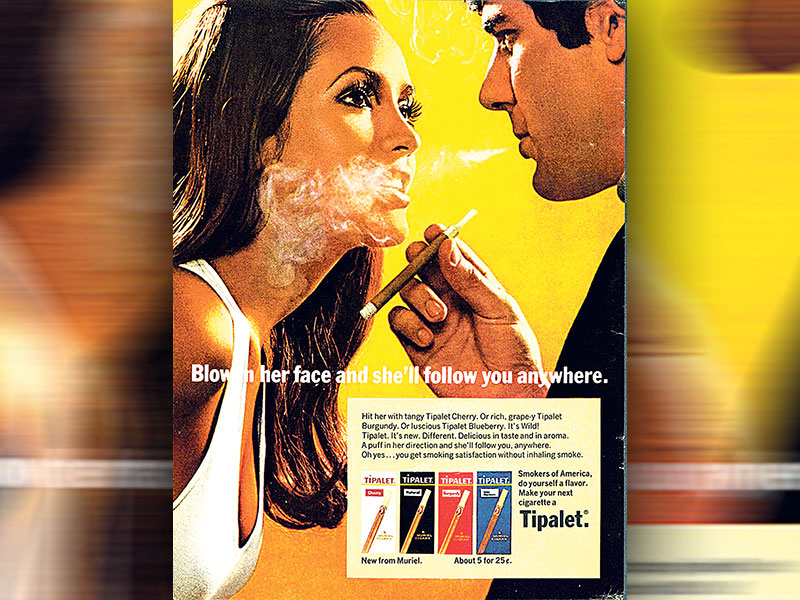 ADVERT: If you blow smoke in a woman’s face, she’ll fall at your feet in adoration.

I’M often left flabbergasted by things I’ve seen on the Internet, but never to the point when I’ve had to vacate my chair and take a walk in the park to get my head around an advertisement I’d just spotted.

I concluded that what I’d seen this week – an ad exhorting husbands to dose their wives with Valium – had to be a wind-up, especially as the caption beneath it claimed it would make wives ‘behave as a dutiful mother and wife, silent and without revolt.’

But it was NOT a spoof. This from a book entitled ‘Governing the Female Body: Gender, Health, and Networks of Power’: ‘In the 60s and 70s, as women were gaining more power in the workforce and fought to alter the patriarchal structure, psychotropic pharmaceuticals were used to calm down angry and irate feminists who would rock the social boat, demanding equality in wages and opportunity.’

I discovered the Roche Laboratories ad, aimed at husbands wanting to zombify their uppity wives, while doing some picture research. I required an image to illustrate a piece submitted to my Freethinker website by Seattle-based feminist and atheist blogger, Ophelia Benson.

Roche’s Valium ad was an extreme example of how rampant sexism was in the advertising industry during that era. But while most ads were grossly offensive, some were laugh-aloud funny, though clearly not intentionally so.

Example: a 60’s cigarette ad suggested that if you blow smoke in a woman’s face she’ll fall at your feet in adoration. Why? Because the brand, Tipalet, came in a variety of irresistible flavours. It said: ‘Hit her with Tipalet Cherry. Or rich grape-y Tipalet Burgundy. Or luscious Tiplalet Blueberry … a puff in her direction and she’ll follow you, anywhere.’

Now I never knew flavoured cigarettes ever existed, aside from menthol, and imagined fruity aromas only hit the scene when vaping became fashionable and I took to it like a fat kid takes to pies.

I threw over the fags about four years ago when I acquired my first Personal Electronic Nicotine Inhalation System (PENIS) and quickly discovered that people have some very odd reactions to vaping. One old geezer who periodically visits my local makes a point of sitting very close to me to sniff blueberry and mint, my favourite vape flavour.

Others stare daggers at me, feign coughing fits and wave their palms in front of their noses. One imbecile even did this when I simply placed an e-cig on a bar counter and  made no move to puff on it.

But back to my main point: the manner in which women were objectified as chattels, and portrayed as fragile, mindless creatures whose only purpose was to clean, cook and submit to their husbands. In one a woman is shown actually getting spanked by her spouse for buying the ‘wrong’ coffee!

The image I eventually chose to illustrate Ophelia’s article was for a brand of ties called Van Heusen. It shows a woman kneeling beside her husband’s bed, offering  him breakfast on a tray. Your guess is as good as mine as to why hubby is in a single bed wearing a pristine white shirt and a grotesque tie.