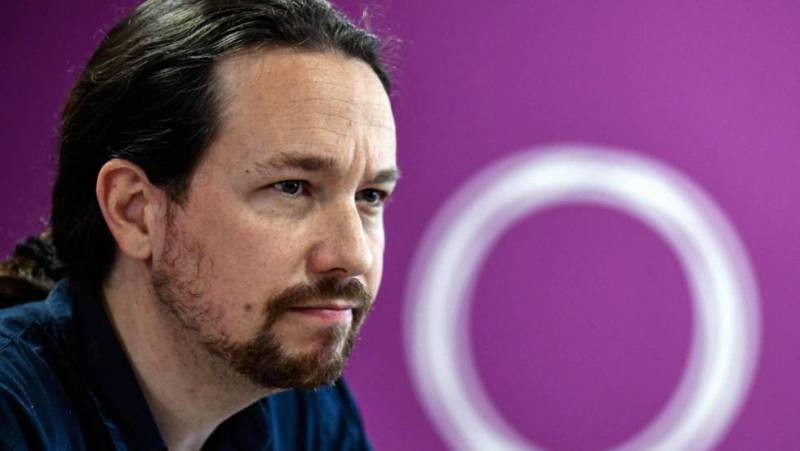 Pablo Iglesias has been labelled as 'anti-Semitic. Credit: AFP.

As the news circulated through the international press, all eyes were on Spain’s first coalition government since the return to democracy, where the leader of a far-left party was elevated into a coveted role.

However, past comments made by Pablo Iglesias may have come back to haunt him, as he has now been labelled as ‘anti-Semitic’ by several Jewish newspapers and charities, where they are calling on the new Deputy PM to stand down.

In April 2018, Pablo Iglesias hosted a TV talkshow with alleged anti-Semitic content that was aired on HispanTV, an Iranian-funded TV station. Entitled ‘Fort Apache’, Mr Iglesias has been heavily criticised for nodding and smiling as panel members talk about how Wall Street is “practically in the hands of Jews”, and the “huge media power of the pro-Israel lobby” which “determines” US foreign policy.

He also begins his opening speech by stating “we are talking about the power of the Zionist lobby over American politics” where he later adds “we need to act more firmly on an illegal country like Israel.”

His guests also put forth some controversial views, with journalist Teresa Aranguren, a self-described Middle East specialist and “defender of the Palestinian cause”, made comments which has offended the Jewish community. She said: “The pro-Israel lobby has the power to configure US policies from the inside, to the point where one can ask whether it directs American policy, rather than the other way around”.

Another panel member named Carlos Enrique Bayo who is a Spanish journalist also says: “This lobby obviously has enormous media and communications power – but it also has huge economic power… big financial institutions on Wall Street are practically in the hands of Jews”.

Since his comments have been re-televised and spread across social media, countless people are calling for Mr Iglesias to immediately step down, condemning the Spanish government for appointing a ‘hateful and anti-Semitic leader’.

One user on Twitter said that it “is a disgrace for Spain and for the Jewish Community to have in Pablo Iglesias as their Fourth Vice-President. You will have more terrorism and antisemitism spewed all over. ” Adding that it was “a threat to Europe’s security as well and throughout the world.”

The Spanish Federation of Jewish Communities has also asked the new Deputy PM to clarify his position on the Holocaust. As Euro Weekly News understands, Pablo Iglesias is yet to make a comment about the matter.

The Spanish Federation of Jewish Communities asks Podemos leader Pablo Iglesias to clarify his position on the Holocaust https://t.co/Bk4YVYRKkt