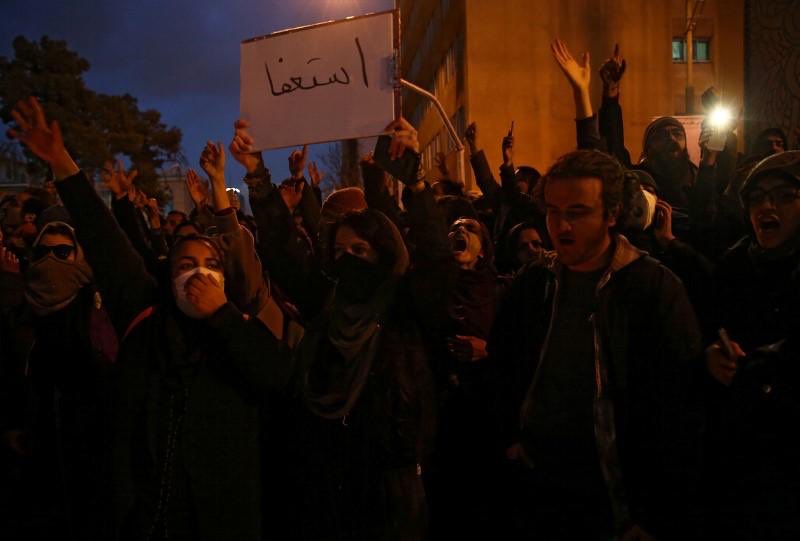 Enormous crowds have emerged in the streets of the Iranian capital (Tehran), demanding the resignation of their Supreme Leader, Ayatollah Ali Khamenei.

The growing masses of people have surrounded four separate Universities in Tehran. They can be heard chanting “Death to liars! Death to the Dictator!” Despite beginning as a mournful event for those lost in Ukrainian flight 752, frustration and anger soon took over, aimed towards the deceitful leader and his government.

Reports suggest that the regime’s paramilitary security force were snuck through to the crowds by hiding inside ambulances. As they arrived at the demonstrations, while heavily armed, they began to unleash tear gas on the activists in an attempt to disperse the crowding and calling of their leaders resignation.

The protests have grown after the Iranian government were given no option but to admit their errors in shooting down the Ukrainian Flight 752 after evidence was mounting drastically. The downing of the aircraft resulted in the death of 176 people, a large proportion being their own citizens. An amatuer video emerged this week, believed to show the moment of impact between the jet and a ballistic missile fired by the Iranian government. They have since declared the incident as an accident.

This comes following days of excuses and denial, where they initially claimed the crash was caused by a technical fault with the aeroplane itself. Which begs the question as to whether they would have admitted their wrongdoing, had the evidence from the people not been discovered.

Earlier this week, pressure and doubt was placed on the event by Canadian Prime Minister, Justin Trudeau, as well as US officials. It seems they were both suspicious, due to the strike on the aircraft coinciding with the attempted bombardment of military bases containing US troops in Iraq. Here, the Iranian military had inaccurately fired more than a dozen ballistic missiles, causing no US casualties. Doubt was again inflamed earlier this week, as the Iranian government refused to hand over the ‘black box’ of the aircraft to manufacturer, Boeing – which is a common occurrence when aircrafts are involved in accidents, hoping to mitigate further issues.

It seems the situation in Iran will only escalate from here, with the masses of people seeking for justice, while the leaders refuse to give in.