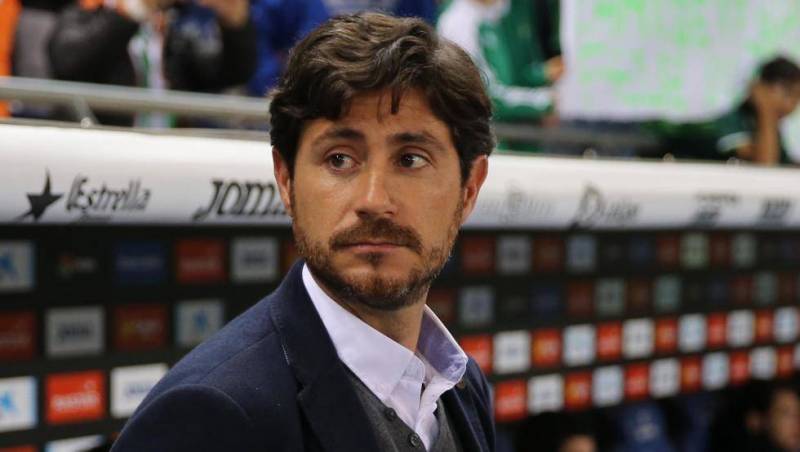 A MAN has been arrested for publishing an ‘obscene’ video of ex Malaga manager Victor Sanchez del Amo.

A police investigation opened after the video of Sanchez naked from the waist down and wearing only a Malaga CF polo shirt was published on social media.

Valdez has since been dismissed from his position for ‘bringing the club into disrepute.’

National Police have confirmed an arrest was made in the town of Puente Genil, Cordoba,in Spain of a 41 year old man of Spanish nationality. He has since been released but remains under investigation.

Sanchez himself reported the matter to police saying that he was the victim of an extortion attempt.

He said: “I wish to report that I am being subjected to a crime against my privacy with harassment and extortion. The matter is in the hands of the police and I am instructed to follow their instructions. Similarly I want to inform that sharing or disseminating an intimate content of any person without consent is also a crime, either through social networks or message or any other form as set out in Article 197 of the Penal Code with penalties for those who disseminate personal content without the consent of the person concerned.”

Sanchez was sacked on Saturday despite the club issuing a statement saying they were seeking a ‘friendly solution’ to the case just hours before.

Responding to his sacking, Sthe 43-year-old former Spain and Real madrid player said he was “in total disagreement” with being fired, adding that he was a victim.

He added: “We are saddened that we are not allowed to continue our sporting battle alongside the players, staff, club employees and fans.

“Alongside the entire Malaga family that welcomed us like family and to whom we will always be grateful for and carry in our hearts.

“We would also like to wish all the luck in the world to the new coaching staff.”

Sanchez finished the statement by thanking fans “from the bottom of my heart for all the support I have received in these difficult days and the show of love towards my family and me.”

It has been reported that demands for €20,000 worth of Bitcoins were made to prevent the publication of the video.